Shetty and his party will formally tender their resignation from the government on September 4. 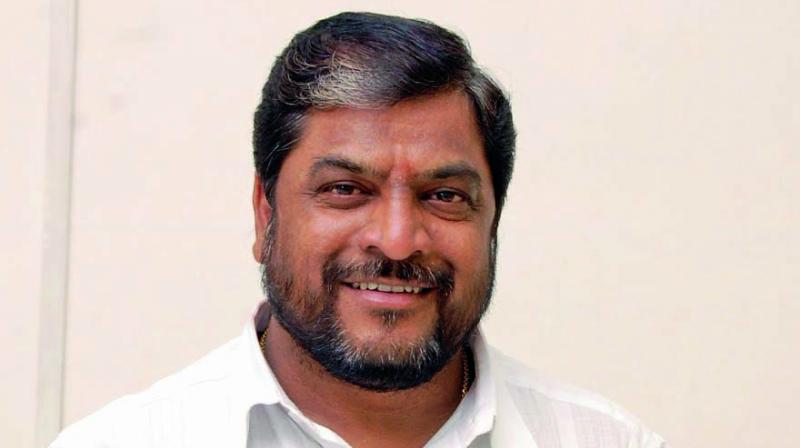 Pune: Swabhimani Shetkari Sanghatana (SSS) chief Raju Shetty on Wednesday announced his party’s decision to withdraw support to the BJP government in the state and at the Centre on grounds that both did not deliver on what was promised to farmers. Shetty said that hereon, his party would not work with any other political party but concentrate instead on strengthening farmers’ movements across the country.

He said that SSS would work for a “150 per cent” minimum support price (MSP) for agricultural produce and reducing farmers’ loan burden. “We offered support to NDA as it promised 150 per cent MSP to agricultural produce. It also promised to bring the culprits who have broken cooperative sugar mills, spinning mills and banks to book. Farmers were promised solar pumps and water ponds. But the NDA government did not deliver on its promises. Either they cheated farmers or forgot their promise.”

“Hence, to express regret, I organised the ‘AtmakleshYatra’ and now, we are withdrawing support as voted for by all members of the party. Not only farmers but also their children are committing suicide,” Mr  Shetty said and added, “We are going to strengthen the farmers’ movement across the country to create pressure groups so that we can have a say in the decision taken by the government.” The party is also working to gather support for the farmers’ agitation scheduled to be held at Jantar Mantar on November 20  on the first day of the winter session of the LokSabha.

“We know that withdrawing support will not affect the stability of both governments. But our support was for ideological reasons without any expectations except farmers’ welfare,” Shetty said. He refused to comment on SadabhauKhot saying the issue was no longer relevant.

Expressing disappointment over rising farmers’ loans, he said, “Despite good production of tur, the government imported turworth five lakh tonnes. The same happened with soybean and onion. The government has money for bullet trains, metros and the SamruddhiMahamarg but it does not have money for food processing industries and warehouses and other welfare schemes for farmers.”

Shetty and his party will formally tender their resignation from the government on September 4.

SSS AGENDA
1.    To withdraw support from state and central governments
2.    To work to strengthen farmers’ movement
3.    To get 150% MSP
4.    To gather support for farmers’ agitation on November 20 in New Delhi
5.    To avoid alliance with any political party hereon