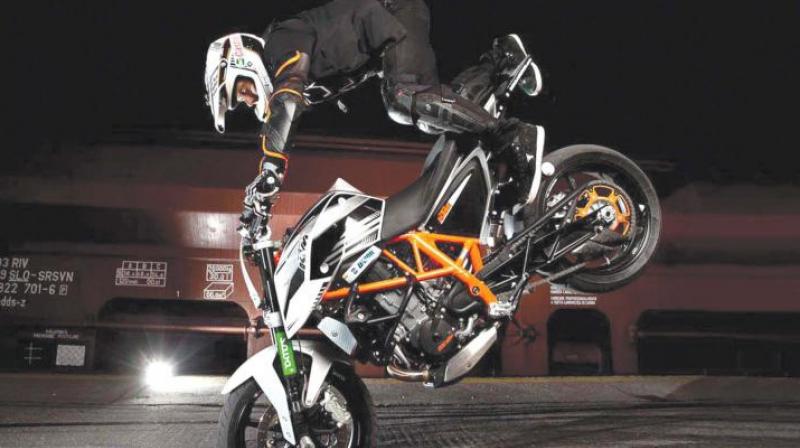 which is around six more times than the number of cases registered this monsoon.

Mumbai: The bike-stunt menace in suburban Mumbai has seen a lull in the ongoing monsoon season with only 38 cases of rash driving registered since June 1 at its hot-spot, the Bandra-Kurla-Vikhroli belt, where 190 cases were registered in December, which is around six more times than the number of cases registered this monsoon.

A police officer said that they have received information that the bike stunts and race would begin anew with full force post-monsoon, around mid-October, and the department is already planning measures to be undertaken to curb the menace before it begins.

Sources revealed that the bike race circuits take break in the monsoon, as there is a high risk of sustaining injuries after falling due to slippery roads. In the meantime they reportedly get their motorcycles modified into a super bike.

Meanwhile, the Mumbai police’s Twitter handle recently uploaded a post warning city’s motorists and stunt bikers.  The handle had posted a video from the movie Mission Impossible  showing actor Tom Cruise riding a motorcycle without a helmet, and falling off the motorcycle after some distance, and termed at the end of the video that riding without helmet and doing stunts is definitely Mission:Impos-sible on the road to safety.

Appealing to the bikers and alleged stunt riders, the Mumbai police have asked them to keep a tab on their actions and keep checking on the speeds of their respective motorcycles, just so that they do not end up on the wrong side of the law. The witty Twitter post also mentioned that they do not mind chasing down the stuntmen and bikers who choose to not wear helmets.

From making pop culture references to cracking jokes as a means of sending across serious socially relevant messages to people, the Twitter team of the police department has proven to be witty. The Mumbai police’s Twitter handle has helped many Mumbaikars to share their ordeal, and the police has acted quickly by posting a reply to the tweet immediately The trend has rightly struck the right chord with the youth, so much so that they are now tagging friends in those memes.