Maratha protesters are demanding that MLAs belonging to the community should resign in support to agitation. 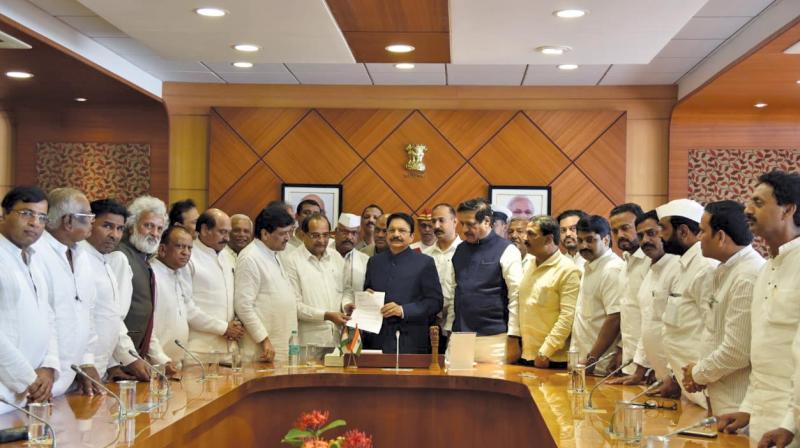 Mumbai: Opposition parties met the Maharashtra State Backward Class Commission members as well as the state governor Ch. Vidyasagar Rao to seek reservation for the Maratha community. Also, Congress and NCP leaders met their MLAs independently on Monday in Mumbai over the issue. Maratha protesters are demanding that MLAs belonging to the community should resign in support to agitation. The MLAs of the Congress also raised the issue in their meeting but it was decided that a better strategy would be for the party to wait for the special session of the assembly and corner the government on the floor of the house.

While meeting with MLAs and MLCs, Congress state chief Ashok Chavan said, “We will have to raise the demand of reservation to Maratha, Muslim, Dhangar (shepherd) as well as Mahadev Koli (a community belonging to fishermen in Marathwada and Vidarbha regions) This government has cheated all of them. So, social harmony in state has come in danger.”