Meanwhile, metro one commuters face congestion at stations during peak hours due to a spurt in ridership. 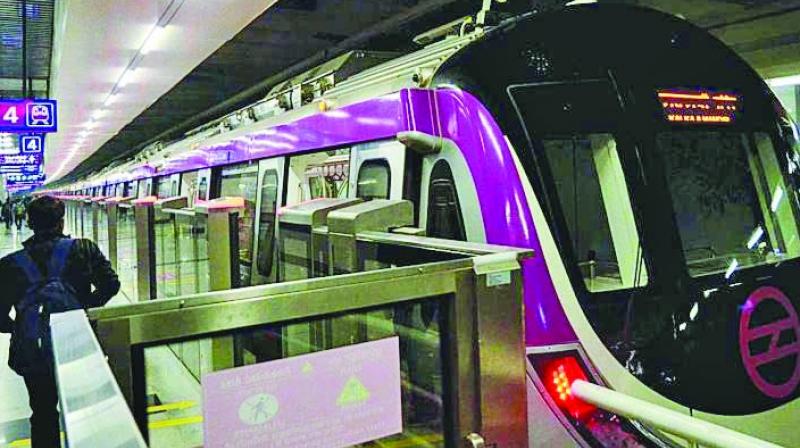 The decision has been taken, keeping in view the spurt in metro commuters in the next 20 years.

Mumbai: In order to avoid congestion like metro one (Versova-Ghatkopar), the Mumbai Metropolitan Region Development Authority (MMRDA) has decided to double the entry and exit points at upcoming metro stations so that the crowd gets dispersed easily and does not cause a jam on platforms and inside stations.

The designs of the stations along metro 2A (Dahisar to D.N. Nagar) and metro 7 (Andheri east to Dahisar east) have been tweaked as of now.

The decision has been taken, keeping in view the spurt in metro commuters in the next 20 years. “We have decided to double the entry/exit points at upcoming metro stations. At present, it is not required but we should think about the next 20-25 years.

The tweak in design with more escalators and stairs will definitely increase the cost but it is worth it,” said R.A. Rajeev, metropolitan commissioner, MMRDA.

This means that stations along upcoming metro projects such as metro 2A, 7, 4 (Wadala-Kasarvadavali), 2B (D.N. Nagar to Mandale) etc. will have sufficient room for entry and exit of commuters with more escalators and staircases.

Mr Rajeev said, “At present, the design of metro stations is such where escalators and staircases are placed together. This is a faulty design to my mind. Instead, at the upcoming stations, wherever there are escalators, there would purely be escalators and vice-versa.”

Meanwhile, metro one commuters face congestion at stations during peak hours due to a spurt in ridership. Metro one currently has four coaches but MMRDA and a few politicians have asked MMOPL (Mumbai Metro One Private Limited), which is running the corridor, to purchase an additional two coaches.

According to MMOPL statistics, ridership has increased to 46 per cent in the past one year on Western Express Highway metro stations.