BMC says it will confirm whether teen died due to lepto or some other infection. 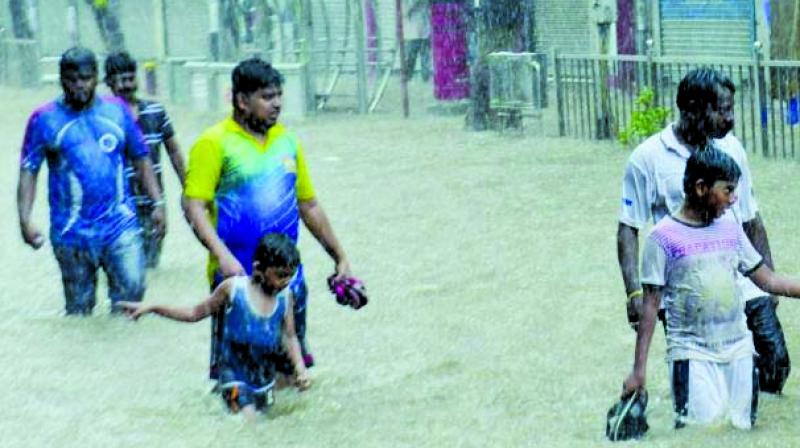 n If a person shows symptoms rush him/her to the doctor and do not self-medicate.

BMC officials have declined to comment on his death, saying the epidemic death review committee would confirm whether his death was caused by the deadly infection or some other bacterial infection within a week.

On July 24, Pradhane was feeling febrile and started vomiting; the doctors asked for a blood test, which turned out positive for Leptospirosis. He was shifted to Malad-based Siddhivinayak Hospital because Amar Hospital did not have equipment for treatment.

Dr Pankaj K, head of Amar Hospital, said, “The boy was brought to the hospital in a deteriorating condition. He had a temperature for two-three days. He was suffering from diarrhoea, vomiting and severe bodyache.

Dr Pankaj added, “The preliminary investigations suggested that he was suffering from Leptospirosis. We shifted him to a superspeciality hospital for further treatment.”

At Siddhivinayak hospital, his liver and lungs had failed due to the  severe ailment, but he succumbed to his infection. According to medical officials of Siddhivinayak Hospital, “Two days after the treatment was begun, Pradhane had multiple organ failure, and stopped responding to treatment. We finally put it him on ventilator. However, he succumbed to the infection and was declared dead on Saturday morning at 4.13 am.” Tanmay’s father is an employee at a private firm. He had secured 70 per cent  in his board exams and was studying in the eleventh standard.

However, Dr Padmaja Keskar, executive health officer, said: “We can’t comment on his death till the epidemic death review committee confirms that he died to due to lepto.”