Congress president Rahul Gandhi last week gave his consent for an alliance with the NCP. 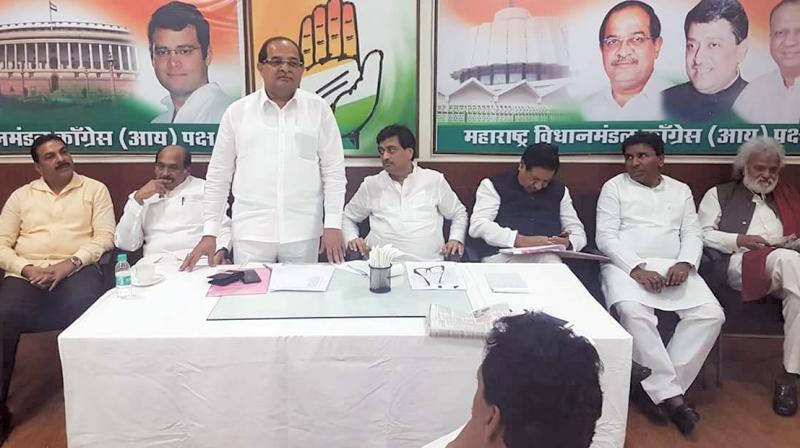 The party will finalise seat numbers that they want before presenting the formula to NCP.

Mumbai: State Congress leaders will meet in the city on Thursday to finalise the seat-sharing formula that will be presented to the Nationalist Congress Party (NCP) for a proposed alliance. After a clear go-ahead for an alliance with the NCP from the party high command, state Congress leaders have decided to first internally brainstorm over the issue. They will finalise the seat numbers that they want for the party before presenting the formula to the NCP, after which leaders of both parties will meet to discuss arrangements.

According to sources, Congress president Rahul Gandhi last week conveyed his nod for an alliance with the NCP to Congress state chief, Ashok Chavan, and smaller parties. Apparently, Mr Gandhi even asked the state Congress to be ready with their own demand for seats as soon as possible so that talks for an alliance could be initiated. The high command’s message was further clear that deliberations for seat-sharing would be restricted to the 2019 Lok Sabha elections and not Assembly elections, for now.

On these lines, Mr Chavan has called a meeting of all senior leaders in the state Congress on August 2, where the party’s claims over Lok Sabha seats and the formula that can be presented to the NCP will be discussed. Last time, the Congress and NCP had decided on a 26:22 seat-sharing formula. However, the NCP could not find a good candidate for one seat which is why the formula was later changed to 27:21.

This time, the NCP is trying to get 50 per cent of the seats i.e. 24. At the same time, both parties will have to take Raju Shetti’s Swabhimani Shetkari Sanghatana (SSS) and the Peasants and Workers Party (PWP) on board. This will result in reduction of the share of either party. Similarly, there will be exchange of seats from both sides this time.

Sources also confirmed that once Congress finalises the formula internally, the talks will be held between its general secretary Ashok Gehlot, Mr Chavan and from NCP’s side its state chief Jayant Patil and senior leader Praful Patel. The actual talks between both parties are expected to start by August third week.