He was remanded in police custody till Tuesday by a city court on Sunday. 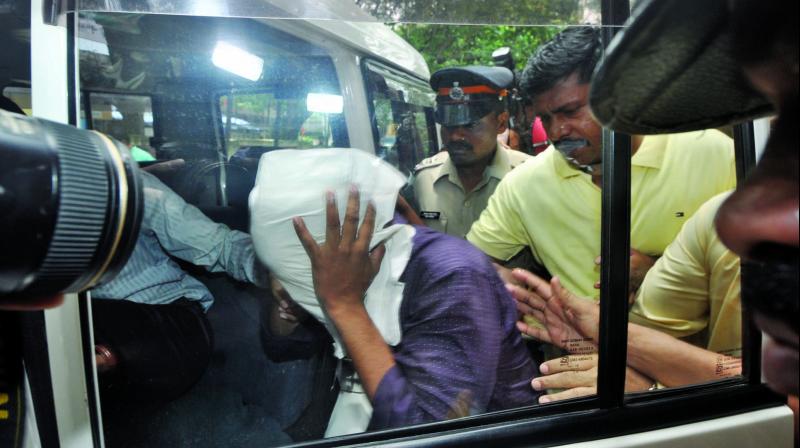 The accused was arrested on Saturday. (Photo: Debasish Dey)

Mumbai: The Parksite police, which is probing the death of 17 persons who died in the Siddhi Saidarshan building collapse in Ghatkopar, on Saturday night arrested a key accused, Anil Mandal. He was remanded in police custody till Tuesday by a city court on Sunday.  The police is questioning Mandal over his alleged involvement in the planning and execution of the interior work of the nursing home located on the building’s ground floor.

The police want to ascertain his and others’ roles in unauthorised alterations, include breaking of load-bearing pillars at the nursing home, which allegedly led to the crash.

A police officer said, “Mandal, who is 28 years old, had been working with the main accused — Sunil Shitap — for the past few years. Shitap said during the investigation that he was not around when the renovation work was going on and he had appointed Mandal as a supervisor for the project.

The officer said, “Whatever renovation went on during the two days of construction was overseen by Mandal. We are interrogating him to get the exact details about what had happened.”

He added, “During investigation Shitap told police that Mandal was the one who oversaw the workers and appointed the architect. He made all plans and then Shitap came into the picture. Shitap is now playing a blame game.”

The police has also identified five more people, including the contractor, interior designer and labourers, who were hired by Shitap to carry out the renovation work. In the process, they are said to have disturbed some pillars, weakening the base of the building and rendering it unstable.

The police had asked for the blueprints of the ill-fated building three days ago, but is still awaiting a reply from the civic body. Some Brihanmumbai Municipal Corporation officials, however, said that they don’t have any idea about the blueprints.

Police officers said they need blueprints to get the exact details of the building’s structure and which pillar the labourers had removed.