Metros   Mumbai  31 May 2018  Project set to get next level upgrade
Metros, Mumbai

Project set to get next level upgrade

It will soon be taken to the level of “one state one e-challan.” 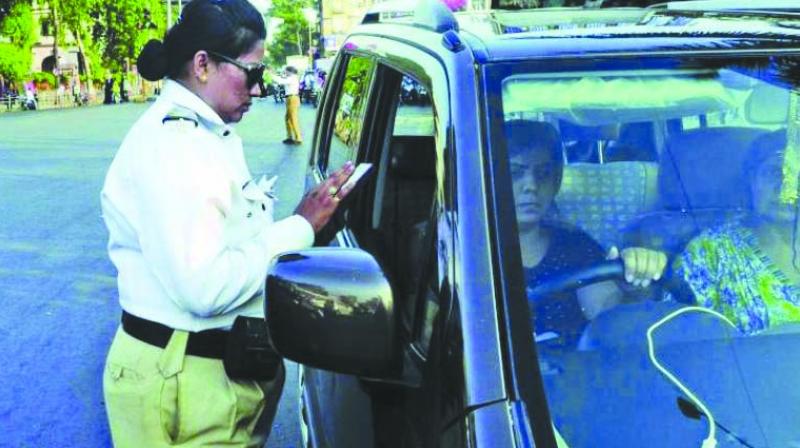 There are several reasons for low rate of recovery under the e-challan system.

Mumbai: The e-challan system - which was started in Mumbai as the state’s pet project 18 months ago in November 2016 - is set to get upgraded to the next level.

Riding on the success of the system, it will soon be taken to the level of “one state one e-challan”. While the Mumbai traffic police is still concerned about low rate of recovery, bouncing back to the old system of collecting fines in cash is being seen as the last resort.

While introducing the new system, the police claimed that all transactions would be cashless; violators would receive an e-challan on their mobile phones and system so as to bypass corruption in the department and do away with the need for confiscating vehicles or documents. However, the progressive system of e-challan has failed to meet expectations as the Mumbai traffic police has now started collecting fines in cash and impounding licenses.

There are several reasons for low rate of recovery under the e-challan system. Users fail to receive e-challans as their contact numbers have not been updated with the Regional Transport Office (RTO). To counter that, the MTP now issues e-challans via speed post on the registered address of violators to ensure speedy recovery of fines.

Despite the disappointing recovery rate, the initiative and idea behind the e-challan system has been applauded, and the pet project will soon evolve into a statewide integrated system named “one state one e-challan”.