With the Congress plagued by a dearth of strong candidates to field from the Pune Lok Sabha seat, Mr Gaikwad is considered a serious contender. 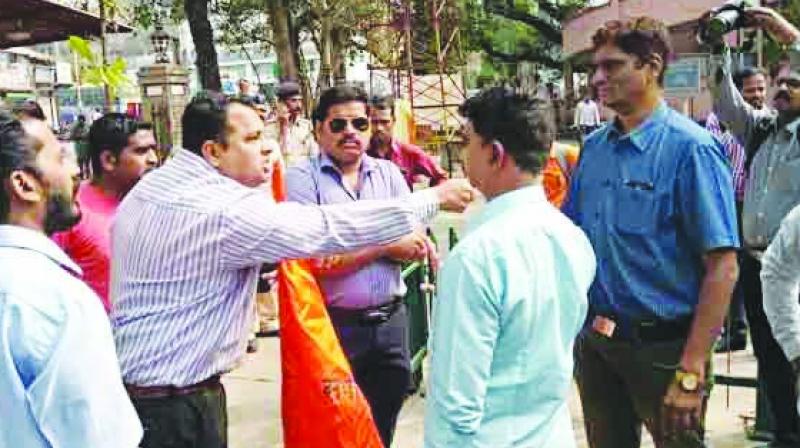 Mumbai: Pravin Gaikwad, president of the Sambhaji Brigade – an organisation representing the Maratha community – joined the Congress in Mumbai Saturday. He is likely to be a Congress candidate from the Pune Lok Sabha seat.

The Congress has not announced its candidate for the Pune Lok Sabha seat. According to reports, Mr Gaikwad is trying to get a Congress ticket from Pune. However, he faces strong opposition from the old guard of the Pune Congress, many of whom are against fielding “imported” candidates.

With the Congress plagued by a dearth of strong candidates to field from the Pune Lok Sabha seat, Mr Gaikwad is considered a serious contender. The seat, which has traditionally been a Congress bastion, was a bone of contention in the seat-sharing arrangement between the Congress and NCP till being finally resolved in favour of the former.

In 2014, Congress candidate Vishwajeet Kadam, son of late Congress leader Patangrao Kadam, was fielded as the party’s candidate from the Pune LS seat, only to be trounced by BJP’s Anil Shirole, who won by a margin of over three lakh votes.