This is not the first time that the SWD department will have a hard time to meet the deadline for pre-monsoon desilting. 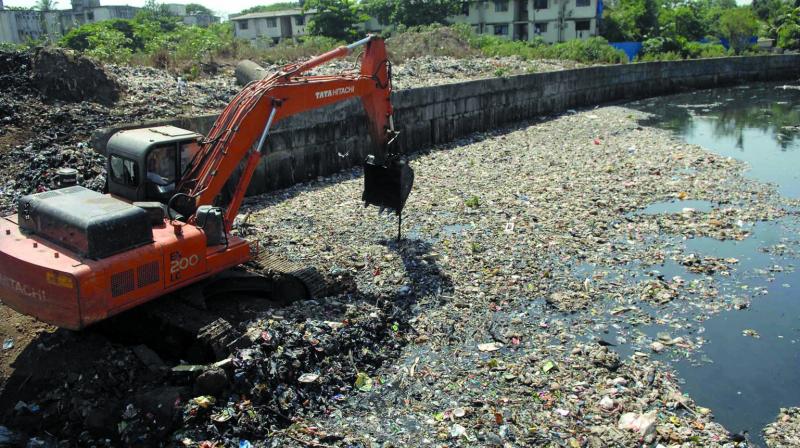 The BMC will start the de-silting work from Monday.

Mumbai: The crucial pre-monsoon work that the Brihanmumbai Municipal Corporation (BMC) undertakes is de-silting of drains in order to prevent flooding in the city. However, due to many staff from the storm water drain (SWD) department assigned election duties ahead of next month’s Lok Sabha elections, it is most likely that the department will struggle to complete the de-silting on time. The BMC will start the de-silting of major and minor nullahs in the city from Monday, April 1. The deadline for the work every year is May 31.

“It goes without saying that the staff will be overloaded due to election duties. We have released many staff. But this won’t stop us from routine work. We will start de-silting work from April 1 and with whatever number of staff in hand, we will try to meet the deadline”, said a senior officer from storm water drain.

Chief engineer of the SWD department Shrikant Kawale said, “The final list of staff from SWD to be released for election duty is still in process. However, we have informed the commissioner about the de-silting work to be carried out in the same period. We will see that pre-monsoon de-silting is not affected”.

Activist Anil Galgali said, “Every year, the BMC fails to avoid flooding in the city. The desilting is never done properly on time. While, this year there is another reason for delay of work due to elections. Mumbaikars will face water logging this year too”.

This is not the first time that the SWD department will have a hard time to meet the deadline for pre-monsoon desilting.

Last year too, till May end, the BMC had completed only 45 per cent of its target, while in 2017, the SWD department failed to get contractors for cleaning of nullahs on the backdrop of the desilting scam which forced BMC to take help of NGOs.