Ms Dalvi, on January 2015, had published same cartoon in her newspaper with an editorial on the front page. 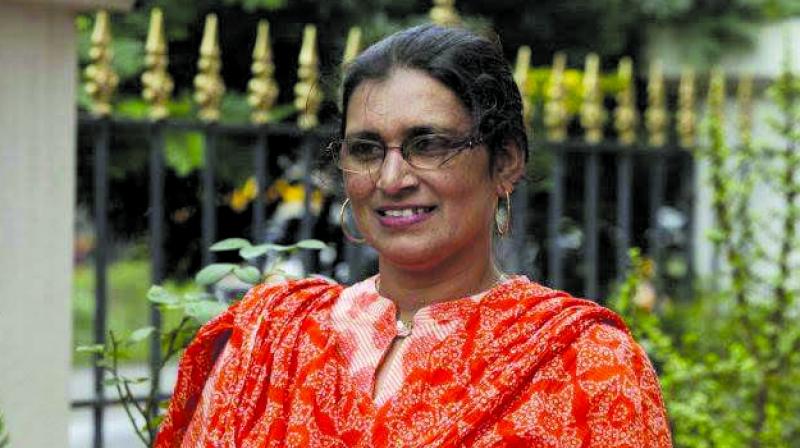 Mumbai: The Bombay high court has given relief to Shirin Dalvi, former editor of an Urdu daily, Awadhnama and disposed of the petition filed by her.

A division bench of Justice Ranjit More and Justice Bharti Dangre was hearing a petition filed by Ms Dalvi wherein she was seeking to quash four FIRs against her in the state.

In the year 2015, a controversial cartoon of Prophet Mohammed (Muhammed) was published in the French magazine ‘Charlie Hebdo’ that hurt the religious sentiments of the Muslim community.

Ms Dalvi, on January 2015, had published the same cartoon in her newspaper with an editorial on the front page. After which, several police complaints were filed throughout the state against her and police had also reached her home with an arrest warrant. She was charged under section 295-A (deliberate and malicious acts, intend to outrage religious beliefs) of IPC.

According to her petition, she was threatened by people because of which she had to go underground. She had to change her dressing style, switch off her mobile phones and leave her residence out of fear.

On February 2015, the court had granted relief to Ms Dalvi saying no coercive action will be taken against her till the court takes decision on her petition. Meanwhile, police had also opposed her anticipatory bail application and argued that she has hurt religious sentiments of people.

On March 18, 2015, the HC had allowed the government to transfer all FIRs against her to the state CID, Pune. Recently, additional public prosecutor K.V. Saste told the court, “Said FIRs had been investigated by concerned police station and they have proposed to file ‘C’ summary report (This report is filed in conditions, ‘when the case is neither true nor false or when the criminal case is filed due to factual errors’).”

The court then disposed of the petition saying there is no use of keeping it pending if the police have proposed to file C summary report.