The LMO has registered 17 cases in the raids conducted as part of a special month-long campaign. 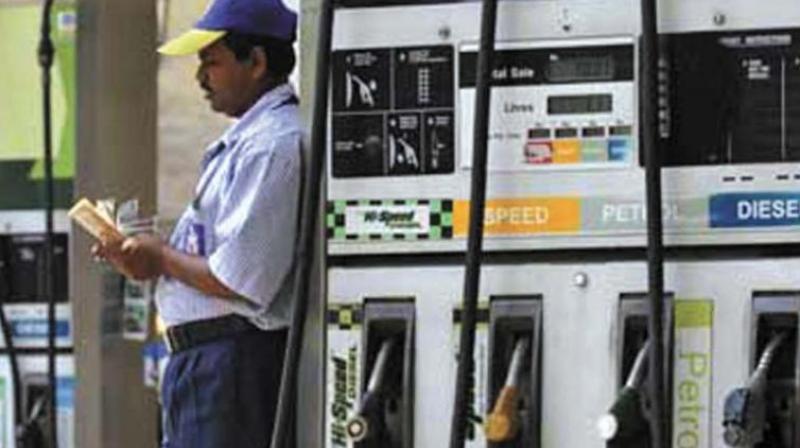 In addition to the seven dispensing units seized, another 252 units were stopped by slapping notice for erratic delivery. (Representational Image)

The LMO has registered 17 cases in the raids conducted as part of a special month-long campaign. Amitabh Gupta, controller, LMO, said, “There were several complaints of lesser quantities of fuel being dispensed at several places in Mumbai and elsewhere. These complaints came to us via social media and also at our offices. As per rules, for every five litres of fuel, an error of only up to 25 ml is allowed.”

In addition to the seven dispensing units seized, another 252 units were stopped by slapping notice for erratic delivery. These units will be released only after re-verification and stamping by LMO authorities.

In the Mumbai Metropolitan Region (MMR), 1,734 dispensing units were checked at 145 outlets out of which, two were seized. The seized units belong to Charkop Petroleum, Mahavir Nagar, Charkop, Kandivali. Apart from the two units seized in MMR, 41 other dispensing units were sealed for erratic delivery.

In the extended suburbs, 1202 dispensing units across 160 outlets were checked out of which, one unit was seized from Bhiwandi’s Padgha area for delivering less than the amount of fuel clocked in the meter. At least 30 other units were stopped and notices were served owing to erratic delivery.

Similar raids were conducted in Pune, Nashik, Aurangabad, Amravati and Nagpur, and two dispensing units were seized and notices were served for erratic delivery to 181 other units in these regions.

Mr Gupta said, “It is mandatory to keep a 5 litre capacity measure at petrol pumps for customers to check and clear their apprehensions. Any complaints can be lodged on 022-22886666.”