2, 305 have recorded to be seriously injured and 911 were recorded with minor injuries. 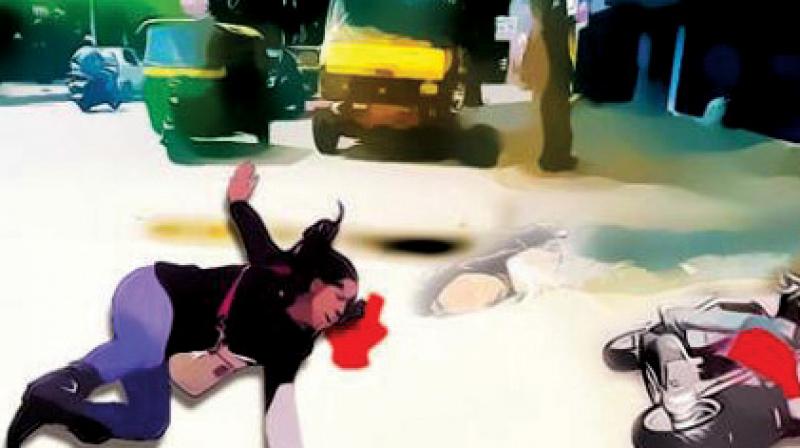 Mumbai: Toping the list in Maharashtra, Mumbai recorded 24,639 cases of road accidents in which 467 people died. Although the traffic police have taken major steps to tackle the issue of road accidents, officials have attribute the increase in road accidents to lack of proper driving education and traffic congestions in the city.

A senior traffic police official said the conditions for granting licences should be made stricter.

The statistics showed that roads accidents have increased in Mumbai in 2016 as compared to the previous year.

According to the Maharashtra state department, 24,639 road accidents were registered in 2016. 467 persons lost their life, 2,305 sustained were seriously injuried while 911 escaped with only minor injuries in the road accidents in the year 2016.

A Mumbai traffic police senior inspector on condition of anonymity told The Asian Age, “80 percent of road accidents are caused because of human error. Drivers give several excuses like poor road maintenance or equipment failure, but most of the times it is because of the poor driving skill.”

The inspector added, “People are least bothered about their lives. Every day we witness several accidents. Most of the fatal accidents occur due to over speeding.  Everyone is in a hurry. Most of them lose control of their vehicles while attempting to overtake another car. This problem will be solved if every driver learns driving efficiently.”

An IPS officer, who previously worked with the Mumbai traffic police, told The Asian Age, “Everyone knows how easy it is to get a driving license anywhere in India. Also, punishment for errant drivers isn’t stringent. Stern examinations should be conducted before the licences are issued.”

He added, “An RTO officer works for 9 hours a day, and he has a lot of work, such as registering of vehicles, issuing temporary licenses and accessing vehicles to issue fitness certificates. So the quality assessment of drivers is overlooked when the licences are issued.”

However, Mumbai also topped the list in 2015, witnessing 23,468 road accidents. The numbers in Mumbai were higher as compared to other cities like Delhi even in 2015.

Another traffic police source said, “19.46 lakh applicants received permanent driving licences across Maharashtra in 2013-14 and 16.66 lakh in 2014-15. If we conduct stricter examinations before doling out licence, then we would be able to reduce accidents.”