Marine experts have claimed that a significantly major part of the waste in the sea constitutes plastic. 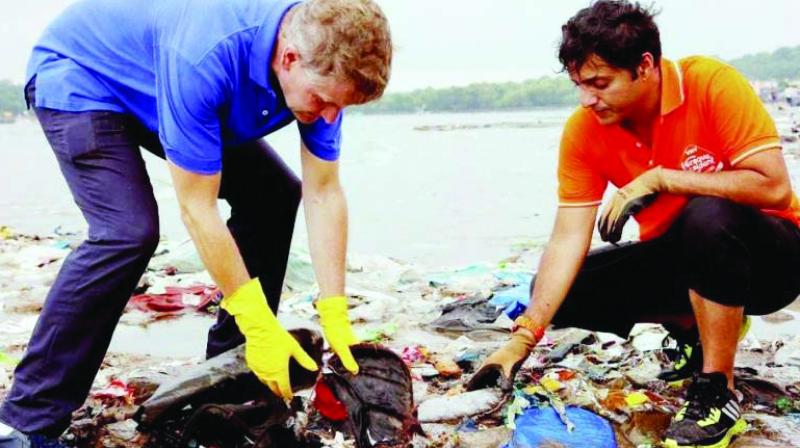 Mumbai saw citizens getting together on various issues this year like, saving the city’s green cover to consecutive cleanliness drives across its rivers and beaches. One of the major mass movements has been the Versova Beach cleanliness drive that led to removal of more than 5,000 tons of garbage from the beach through consecutive weekly cleanup drives over the year. Spearheaded by Mumbai-based environment lawyer, Afroz Shah, it has garnered thousands of volunteers over time along with support from prominent political leaders and celebrities. The lawyer tells The Asian Age, that beach litter is only a part of the problem that is suffocating our oceans.

“The beach clean up will continue, but we are hoping that civic bodies implement their regular clean up efficiently. The BMC has recently floated a tender for consistent cleaning of Versova Beach. It will help us focus on other issues as well that lead to the waste being accumulated inside the sea. The beach cleanliness tender includes all that’s need to be done, but it should be enforced on the ground level,” said Afroz.

Although Afroz and his team have been regularly cleaning the beach through the year, the team had a tough time cleaning during the monsoons. The strong movement of the south-west monsoon winds over the sea forces a large chunk of garbage being accumulated inside the sea. The same was observed this year after the cyclone Ockhi made a landfall across the city’s coastline.

Marine experts have claimed that a significantly major part of the waste in the sea constitutes plastic. To address the issue, Shah is also trying to create awareness about decreasing the use of plastic in households.

The lawyer is now set to persuade restaurants to for plastic-free food services.

Was reported to be recycled leaving 6, 137 tons uncollected and littered.

15, 342
tonsof plastic waste is generated per day in the country, according to the  Central Pollution Control Board.

Data from the Ministry of Environment, Forest and Climate Change.