The report that was released on December 27 relied on air pollution data from the Central Pollution Control Board and Environment Ministry. 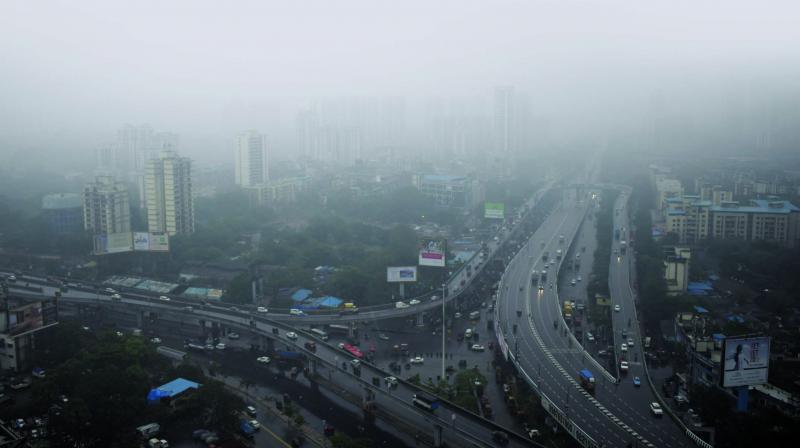 Thane saw an increase of 386% in annual average NO2.

Mumbai: Thane and Navi Mumbai are among the four cities of Maharashtra that figure in the top-10 hot-spot list for Nitrogen Oxide (NO2) gas pollution, according to a recent report by the Centre for Science and Environment (CSE), India, which was released in Delhi on Wednesday. The other cities in the list are Pune and Pimpri Chinchwad.

Nitrogen Oxides (NO2) gases are usually produced by combustion of fuels in air at high temperatures, such as in car engines. These gases contribute to the formation of smog and acid rain. Among the four cities, Thane saw an alarmingly high increase of 386% in the annual average NO2 between 2007 and 2016. It’s 2016 annual average level is 68 microgram per cubic meter (mg/cbm), which is 1.7 times more than the standard and therefore critical.

While the nitrogen oxide level exceeded annual average standards in 17  per cent of the cities in 2007 in India, it has increased to 29 per cent in 2016. In 2007, not a single Indian city had critical NOx levels, but in 2016, 12 per cent of cities are in the ‘critical’ category, said the report. NOx pollution emerges from vehicular and industrial pollution. Nitrogen oxide is very toxic and also contributes to formation of very harmful ozone.

The report that was released on December 27 relied on air pollution data from the Central Pollution Control Board and Environment Ministry. For Navi Mumbai, the annual average NO2 levels have increased by 23% between 2010 and 2016, with the levels at 48 mg/cbm last year. The 2016 annual average NO2 levels for Pune were 85 mg/cbm in 2016, double of the prescribed limit of 40 mg/cbm. In good news for Mumbai, the levels show a decline of 37% since 2007.

“Although the 2015 NOx emission norms issued by the Environment Ministry has not met this year’s December deadline, Maharashtra needs to be proactive in regulating it.  NOx also needs to be addressed critically,” said Anumita Roychowdhury, Executive Director- Research, CSE.

“Navi Mumbai has seen a significant increase in fuel conversions, with several units switching to natural gas. A provision has been made so that power plants, will come with low NOx burners,” said Mr P. K. Mirashe, Assistant Secretary (Technical), MPCB.