Metro work to re-start in SoBo, must finish on time

The court had stayed the project in September. 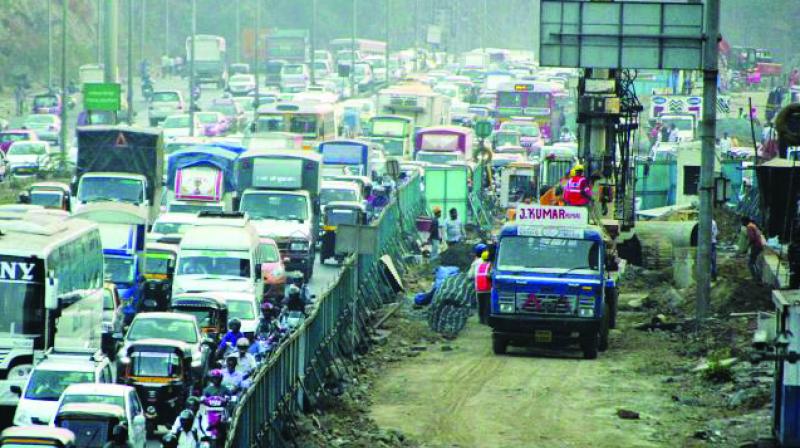 File image of metro construction work in the city.

In a major relief to Mumbai Metro Rail Corporation Limited (MMRCL), the Bombay high court vacated the stay on construction and excavation work for the underground Metro-III project in south Mumbai on Wednesday. The court vacated the stay after the petitioner expressed satisfaction on the precautionary measures undertaken by MMRCL for the safety of old buildings namely J.N. Petit Institute while the metro work was in progress. The court also directed the MMRCL to ensure that they meet the deadline for the project. The court had stayed the project in September.

A division bench of chief justice Dr Manjula Chellur and justice M.S. Sonak was hearing the compliance report of MMRCL regarding safety measures being put in place for old buildings on D.N. Road.

The report was based on the recommendations of an expert committee that had been constituted by the high court following a public interest litigation (PIL) filed by J.N. Petit Institute. The institute had claimed that a piece of the structure had fallen off due to the drilling and excavation work being done on D.N. Road. The court had stayed all work on September 15 and had directed MMRCL to comply with recommendations of the committee only after which it would be allowed to carry out work on the underground metro.

On Wednesday, after submitting the compliance report and getting a confirmation from the petitioners, the bench vacated the stay. It further said, “The petition will be continued for any future problems that may occur on similar lines. We direct the expert committee to look into any other issues pertaining to similar problems,” said Dr Chellur. She also directed the MMRCL to ensure that the deadline of the project was adhered to and not make the stay an excuse for delaying the project.