If govt decides profit, it must share loss too: NRAI

The central government has asked state agencies to check GST implementation and complaints of overcharging of tax. 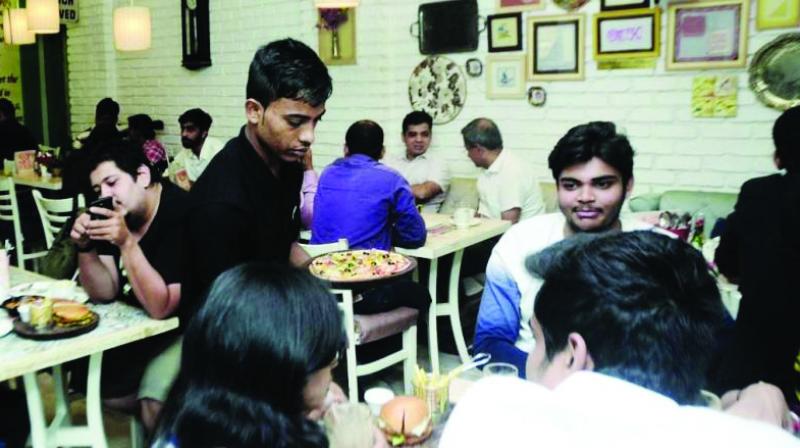 The Centre has set up an anti-profiteering authority to ensure the benefit of the GST reaches consumers.

While the Union government has set up an anti-profiteering authority, central and state agencies have not taken any steps against hoteliers and shopkeepers charging more GST on bills or making unreasonable profits.

So much so, Mumbai Grahak Panchayat (MGP) president Shirish Deshpande has demanded that "reasonable profit" be defined and action be taken against traders and establishments engaging in profiteering. However, president of NRAI (National Restaurant Association of India) Riyaz Amalani has come out in strong protest saying that if the government decides the profit margin and price of hoteliers' products, it should also share the losses they incur many times.

The central government has asked state agencies to check GST implementation and complaints of overcharging of tax. State BJP spokesperson Madhav Bhandari has written a letter to finance minister Sudhir Mungantiwar to take action against hoteliers charging over and above bills. According to Mr Bhandari, hoteliers should have revised menu rates when VAT and service charges were abolished however they kept charging more tax on bills. He has demanded action against hoteliers and shopkeepers engaged in profiteering. Sources said that state authorities have started checking but no action has been taken yet.

Meanwhile, the central government has set-up an anti-profiteering authority and MGP has welcomed this decision. According to MGP, it is important to protect consumer rights for which "reasonable profit" has to be defined to offer relief to consumers. However, this has not gone down well with the more than 8 lakh hoteliers. According to Mr Amalani, hoteliers are against the government deciding rates and profits.