Book is the result of 3 years of painstaking research 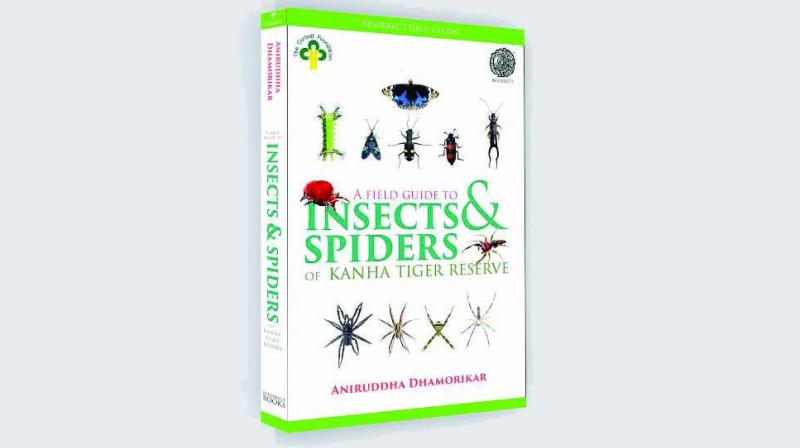 Mumbai: In a first, a Mumbai-based researcher along with city-based Corbett Foundation has come up with a field guide to insects and spiders in Kanha Tiger Reserve. The book — inaugurated on November 23 at Madhya Pradesh Tiger Foundation Society by principal chief conservator of forest (PCCF) (Wildlife) of Madhya Pradesh Forest Department in the presence of other forest department officials — is the result of three years of painstaking research and covers 40 common orders of insects, helping people to identify and understand them.

Author Aniruddha Dhamorikar did fieldwork for three years, ably supported by Corbett Foundation. Six hundred species of insects and spiders at Kanha Tiger Reserve are covered by the field guide, which has a foreword written by J.S. Chauhan, IFS, former field director, Kanha Tiger Reserve and pictures of insects and spiders commonly found in Kanha. Among the reads are first records of a trap-door spider, net-casting spider and a few species of dragonflies, lacewings and beetles from MP. “It also focuses on their density and diversity, how they form their own communities, why and what role they play in Kanha’s ecosystem, along with a ‘fun facts’ section on insects and spiders and their special characters,” said Kedar Gore, director, Corbett Foundation.

Explaining the aim of the field guide, Mr Dhamorikar said, “The major challenge in studying insects in India is that as of today, we do not have field guides available that give us an overview of all common insects found around us like we do for birds. While there are detailed books on butterflies, a major chunk of insect diversity is still buried in scientific papers, which are not accessible to amateur naturalists. The objective of this book is to address this problem, to introduce the reader to all groups of insects and spiders found in that particular area.”