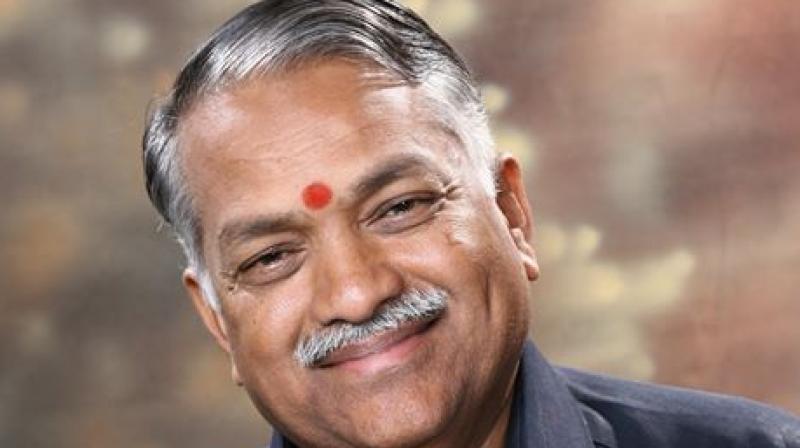 Mumbai: Admitting that real estate — along with manufacturing, trading and educational institutes — are the sectors in which there is a rampant presence of black money, the Union finance ministry has revealed that in the past three years, i.e. from 2013 to 2016, the income tax department searched 1,559 groups, who collectively declared undisclosed income of approximately Rs 32,000 crore, and seized assets worth Rs 2,228 crore.

The finance ministry has claimed that revealing sector-wise data is not possible, but the data nonetheless indicates that the main sectors in which black money is rampant include real estate, finance, trading, manufacturing, educational institutions and services. This was revealed after Aurangabad MP Chandrakant Khaire asked a question on the issue in the ongoing winter session of the Lok Sabha.

Mr Khaire, a Shiv Sena MP, confirmed that he had sought a reply from the central government on whether the use of black money is rampant in the real estate sector and whether the government has unearthed irregularities in that sector in the last three years.

The reply to the query reads, “Specific and comprehensive sector-wise apportionment of undisclosed money during searches was not possible. Action against tax evasion/ black money is an ongoing process. Such action under direct tax laws includes searches, surveys, enquiries, assessment of income, levy of penalties and filing prosecution complaints before criminal courts, wherever applicable.”

The reply further reads, “In recent times, the government has taken several measures to effectively tackle the issue of black money. Such measures include putting in place a robust legislative and administrative framework. Focus on prohibition of acceptance of payment/repayment/advance of Rs 20,000 or more in cash provokes enacting of the Benami Transactions (Prohibition) Amendment, Act, 2016 with a vie to enable confiscation of Benami property and provide for prosecution.”

The amended Benami Transactions (Prohibition) Act, 2016 came into force from November 1, with the income tax department notifying the same. The Act defines benami transactions and also has provisions for imprisonment for up to seven years and a fine for violation of the Act.

The Act further says that an amendment in rule 114B of the income tax rules, which makes it mandatory to quote the PAN number for transactions for sale or purchase of goods or services of any nature above Rs 2 lakh and constitution of a special investigation team (SIT) on black money under the chairmanship and vice-chairmanship of two judges of the Supreme Court.

Meanwhile, the Lok Sabha on Tuesday approved a new proposal on how to tax black or undeclared money, wherein people can declare their black money and pay a tax of 50 per cent with a four-year lock-in period.