Surgeries postponed due to water shortage

Irregular supply in A ward takes toll on GT Hospital. 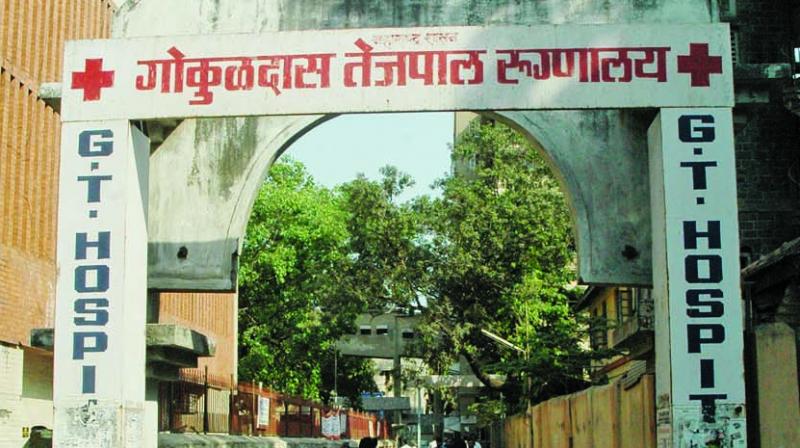 The A ward has high-profile areas such as Colaba, Fort and Cuffe Parade.

Mumbai: The irregular water supply in the ‘A ward’ has not only hit local residents hard, but has also affected the functioning of Gokuldas Tejpal (GT) Hospital, where several surgeries have to be postponed due to lack of water.

The A ward, which has high-profile areas such as Colaba, Fort and Cuffe Parade, has been hit hard by the irregular water supply for last couple of months. Some of the ward areas are facing low-pressure water supply, whereas in some areas there have been no water since several days.

The GT Hospital in Fort has been facing acute water shortage for two months and according to the hospital staff, the severity of the water problem has increased since past fortnight.

The water crunch is happening as the hospital water tank, which used to fill up to 100 percent, now gets filled up only up to 30-40 percent and this has badly affected hospital’s functioning. Several surgeries have been postponed in last fortnight due to this problem, they said.

“To tide over the water shortage problem, we have asked the BMC authorities to increase the amount of water supply to the hospital,” said Dr Vikas Miandad, the deputy superintendent of the hospital.

Patients and their relatives have said that they are having tough times due to lack of water in the hospital. “My husband had to undergo multiple surgeries after he fell off from the roof of our house during heavy rains in June. But at times he has to skip his bath due to water crunch,” said Malad resident Hasibun Nisa.

When contacted Ashok Tawadia, chief engineer, civic hydraulics department, said that the BMC has received an application from the hospital for increasing water supply and it is being considered.

Local corporator Sujata Sanap from Shiv Sena said that while there has been water shortage due to various reasons, a pipeline supplying water to the hospital had also become old due to which supply has been affected.