Drivers cause chaos outside cab offices

The car owners had narrowed down the path by parking on both sides of the road, jamming traffic. 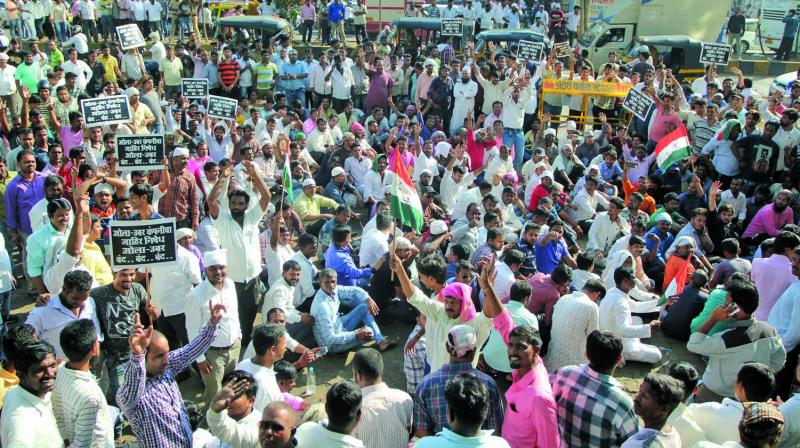 Mumbai: The indefinite strike by the Ola and Uber drivers demanding hike in trip rates took a new turn on Monday when the drivers parked their vehicles near the cab aggregators’ office in Andheri and Kurla, blocking the entire route. The car owners had narrowed down the path by parking on both sides of the road, jamming traffic chaos. The drivers also raised slogans. The Maharashtra Rajya Rashtriya Kamgar Sangh on October 22, had declared the strike and Monday marks the eighth day of the protest.

On Monday, the protestors had planned to carry out a protest from Uber’s office in Andheri to Ola’s office in Kurla. Large numbers of drivers were present outside the office space, local police was deployed to maintain the law and order situation, revealed an employee from Andheri office.

“Uber acknowledges that the ongoing strike in Mumbai has caused significant hardship to its riders and also to its driver partners, most of whom want to drive, but have been intimidated from doing so. Uber is proactively exploring all possible options to restore services. In this respect, we have engaged with relevant stakeholders today to solve the impasse. We wish to reassure city authorities, our driver partners and riders that restoring services at the earliest remains our highest priority,” said an Uber spokesperson. The Asian Age tried contacting Ola, however the officials are yet to comment on the issue.

The protestors are demanding an assured business of `3,000 per day, and have stressed on increasing the trip rates in the backdrop of rising fuel prices.