The passenger collapsed after suffering a cardiac arrest at the domestic airport. 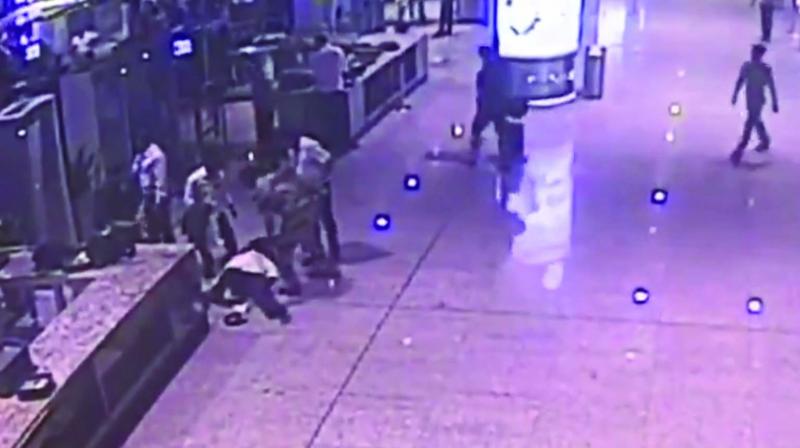 CISF personnel rushed to his rescue and gave him CPR.

Mumbai: Central Industrial Security Force (CISF) personnel saved a passenger’s life at the Mumbai airport when he suddenly collapsed near terminal 2. The CISF staff rushed to the passenger’s rescue and gave him cardiopulmonary resuscitation (CPR) for several minutes till the medical team arrived at the spot and rendered medical treatment.

The passenger, identified as Satyanarayan (55), collapsed after suffering a cardiac arrest at the domestic terminal of the Chhatrapati Shivaji Maharaj International Airport.

As soon as Satyanarayan collapsed, CISF assistant sub-inspector (ASI) Mohit Kumar Sharma, along with two other CISF personnel, rushed to his rescue and gave him CPR. The passenger was later shifted to privately-run Nanavati hospital where his condition is said to be stable now.

The video of the incident has gone viral on social media. CPR is a medical procedure for saving the life of a person who has suffered a cardiac arrest. CPR is an emergency procedure that combines chest compressions often with artificial ventilation. It is performed to manually preserve brain function until further measures are taken to restore spontaneous blood circulation and breathing in a person who is in cardiac arrest.

The CISF personnel’s prompt action was lauded by fellow passengers and the airport medical team.

In July, a similar incident took place when prompt action by CISF personnel saved the life of a Paris-bound US passenger at the Delhi airport. Frank Russell (68), holding an American passport, suddenly fainted and fell in the terminal area of the Indira Gandhi International (IGI) Airport after he got off a Mumbai flight. CISF assistant sub-inspector (ASI) P.S. Pal immediately administered CPR.