MMRDA to use drones to map Metro-5,6 way

The use of drones for mapping was first used in the city for the 32 km long Metro-4 corridor. 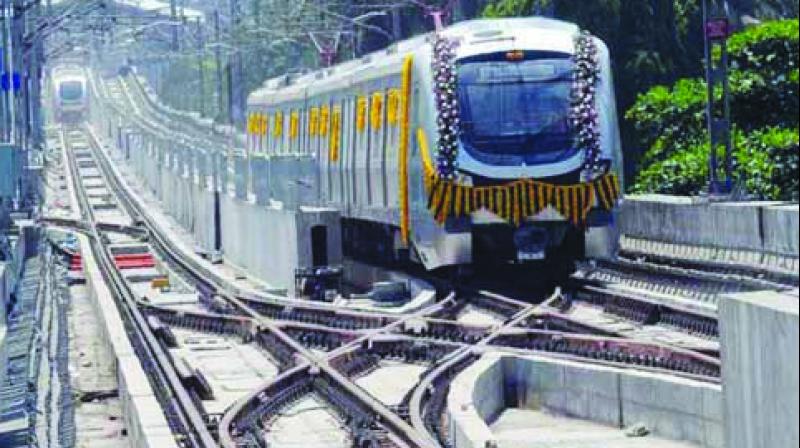 Mumbai: The Mumbai Metropolitan Region Development Authority (MMRDA) has decided to carry out a land survey for the proposed Metro-5 (Thane- Bhiwandi-Kalyan) and Metro-6 (Lokhandwala-Jogeshwari-Vikhroli) corridors using the drone technology to map the land aerially. The mapping of Metro-4 corridor was also done using the same method.

“Drone mapping will be done for the two new metro projects, which recently received the cabinet approval as the technology enables more transparency,” said a senior MMRDA official.

The use of drones for mapping was first used in the city for the 32 km long Metro-4 corridor. According to a tender document floated by the MMRDA for Metro-4, drones will be used for carrying out a detailed survey, demarcation and measurement and geo-referencing of the area concerned along with taking aerial photograph and videos for preparing maps.

The 360-degree cameras attached to these drones are capable of capturing images up to 3 mm, which will ensure that even the minute details between two buildings are detected. Along with the aerial survey, a land survey will also be done, which will involve the recorded of specific information about the occupants of a building.

According to the official, surveys conducted through drones are more accurate. Additionally, in order to expedite the metro construction work, the authority is now planning to do Social Impact Assessment (SIA) and Environment Impact Assessment (EIA) along with land acquisition.