The accused had hidden the gold bars in their rectum so that they could get away undetected. 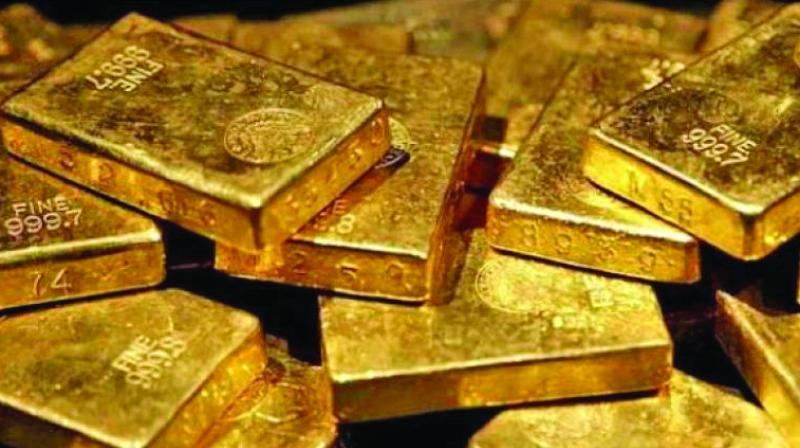 Mumbai: The air intelligence unit (AIU) of Mumbai customs has arrested four persons for smuggling gold bars worth Rs 47 lakh, based on a tip-off. Two of the accused, who were carrying the undeclared gold arrived at Mumbai airport from Singapore and handed it over to two others, who were waiting inside the airport, ready to catch a Mumbai-Ahmedabad flight with the smugged gold. A case has been registered against the four under the provisions of the Customs Act and further investigation is underway.

The accused had hidden the gold bars in their rectum so that they could get away undetected. The arrested accused were identified as Suminder Dhillon (29), Gaurav Singh (41), Kulbhushan Daimbla (43) and Neeraj Kumar (32) and were apprehended in the intervening night of Friday and Saturday, according to officials.

Investigations revealed that Dhillon and Daimbla had landed from Singapore at the Mumbai airport possessing 13 gold bars. Officials followed them to the transit lounge, where they met their two accomplices. The AIU officials apprehended all the accused and recovered gold bars from their possession.

The AIU officials also checked the CCTV footage of the area and found Neeraj behaving very suspiciously. On checking the area, officials recovered three more gold bars that had been left near the screening machine by him.

“When they were questioned, Gaurav revealed that he knew Daimbla as they stay in the same neighbourhood in Delhi. The other two accused are in same profession of marketing and have met during their field visits,” revealed AIU officials.