For Mumbai, the IMD has predicted one or two spells of heavy rainfall/thunderstorm at night for next 48 hours. 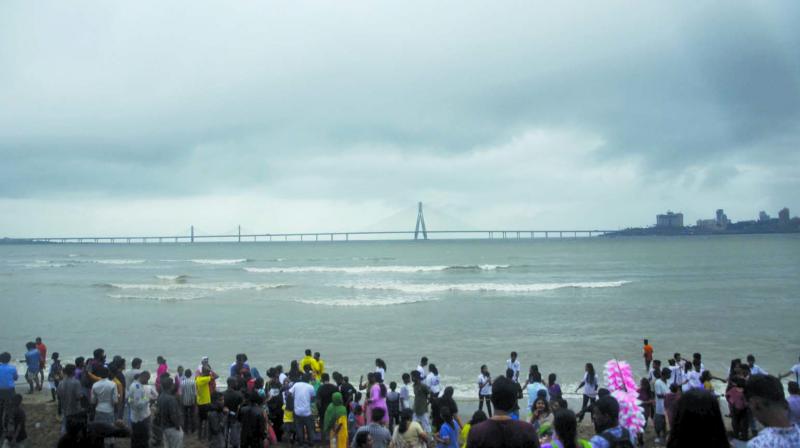 People enjoying the sight of black clouds at Juhu beach.

Mumbai: After late arrival of monsoon, the state is nearing the monsoon withdrawal phase of this year. In southwest region, the withdrawal of monsoon is predicted after
October 1.

However, the five districts in the state that have received deficient rainfall are Beed, Latur, Solapur, Yeotmal and Washim, the IMD data stated.