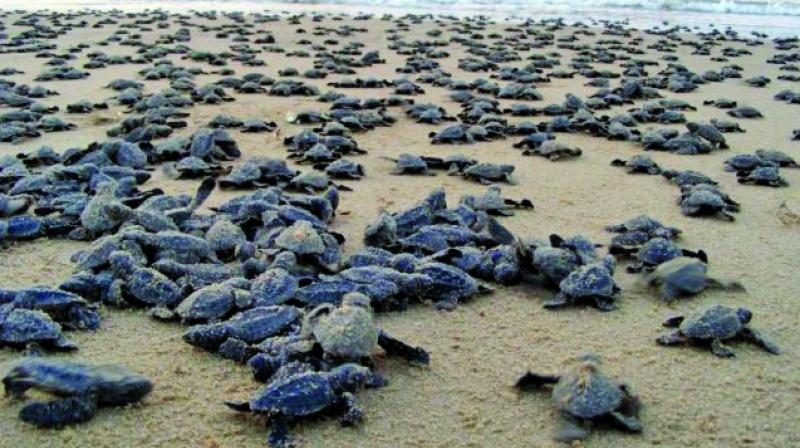 Mumbai: After successful attempt of microchipping sea-turtles before releasing them into the sea, the Dahanu Sea turtle treatment and rehabilitation centre has released three more turtles after their recovery. These olive ridley turtles were released after a microchip was inserted in their carapace. The forest department has permitted the sea-turtle rehab centre to microchip all the turtles that will be released into the waters after recovery.

The three female olive ridley turtles washed ashore at the coastal areas of Palghar and Dahanu districts in June this year, which were then being treated in the Dahanu sea turtle transit centre. They had injuries in their flippers and also suffered from floating syndrome, where sea turtles find difficulty in swimming due to water filled in their lungs.

Volunteers at the Dahanu transit centre stated that henceforth all turtles will be micro-chipped before they are released into the sea after recovery. “Microchips are inserted below the carapace, since it is tiny than a rice grain, it does not harm the species too. These are also used for leopards to determine their individual identification, which is what we are trying to do for turtles too and build our record,” said Dhawal Kansara, WCAWA volunteer and wildlife warden for Palghar district. The microchip will have a unique ide-ntification number, whic-h can be scanned.

For last eight years, the centre had around 200 turtles admitted with 60 per cent of them being returned to the sea.