Under the cooperative movement in between 1950s-1980s, the government had allotted lands to many cooperative housing societies. 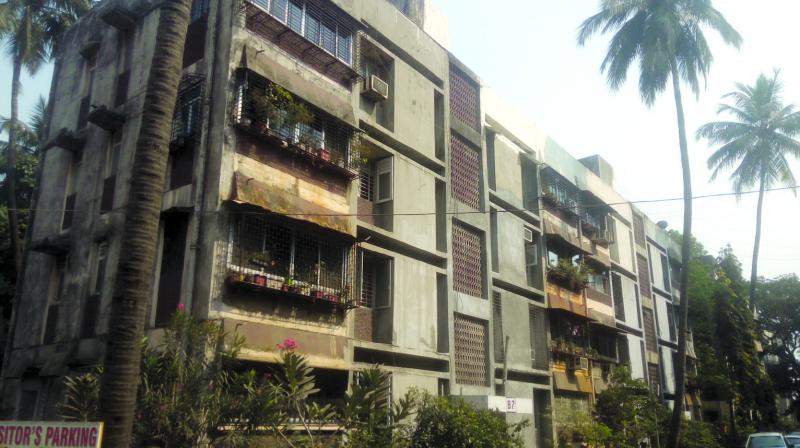 Conversion from Class 2 to freehold is essential to carry out the redevelopment of the buildings which are dated back to 1970s.

Mumbai: Earlier this week, the state cabinet approved a decision to allow converting the Class 2 and leasehold lands to freehold. Around 3,000 housing societies in the city, which are built on the government land, should have been happy with the decision. Many of these buildings are over 40 years old and need urgent redevelopment. However, residents feel that the conversion rates fixed by the government have made the entire scheme unviable.

Residents of these societies on Saturday staged a protest against the state government for charging them 25 per cent of the pr-esent ready reckoner rate as conversion rate. These housing societies are on the Class 2 land which belongs to the collector, the conversion from Class 2 to freehold is essential to carry out the redevelopment of the buildings which are dated back to 1970s and before. The residents find the premium hefty and want only 2 per cent to be charged.

The lands were allotted to co-operative housing societies of lower and middle income group many years ago on ownership basis by charging them the then existing rates. However, the lands were kept in class 2, which means the owners cannot sell the land without the government’s permission.

According to a protestor, the government gave their society marshy land. “We paid price to the government. After that we developed the land with our own money. We built our own roads also. The lands were kept in class 2 to avoid any misuse. But now asking us to pay 25 per cent of the current price again is unfair,” the protestor, who did not wish to named, said.

Most of these lands were marshy before development, the societies constructed buildings on them and hence labelled as ‘Occupants’. “The 25 per cent of the ready reckoner rates is too much burden.  If the RR is Rs 1 lakh per sq.ft, then the average outgo for 500 sq.ft flat would be RS 10 lakhs. If the RR rate is RS 2 lakh then it would be Rs 20 lakhs for the same flat size. Such a premium is way outside what most common people in these societies can pay,” said Salil Ramesh-chandra, president of federation of grantees of government lands.

Speaking to The Asian Age, city collector Shivaji Jhondhale said, “We are charging them 25 per cent of RR rate only in case of redevelopment. By doing that we are following our policy. The policy was formed in 2012 which states that government has 25 per cent share and lessee gets 75 per cent share, thus we are charging for our share.”

In 2016, the government had amended the Maharashtra Land Revenue Code (1966) and allowed the conversion of class II and leasehold land into freehold land by paying the premium to the government. Once the land is freehold, the tenants can mortgage, sell or redevelop the property without taking the permission of the state government.

“The committee took two years to come up with the recommendations causing delay in our redevelopment process. The societies borne the entire cost of developing infrastructure on swamp lands, still we are made to pay more for carrying out redevelopment,” added Rameshchandra.

Under the cooperative movement in between 1950s-1980s, the government had allotted lands to many cooperative housing societies. There are five such housing societies in the city including Sion Koliwada Colony, Wadia Trust Estate (Kurla), Chembur Colony, Thakkar Bappa Colony (Chembur) and Mulund Colony.  The societies had paid the government as per the market rate for the land, and also borne costs that were 100 times the purchase price, to develop infrastructure like roads, sewage and others.