Redevelopment in a fix for 40 lakh residents

Occupancy lands are those, which were granted by the government to housing societies with certain conditions. 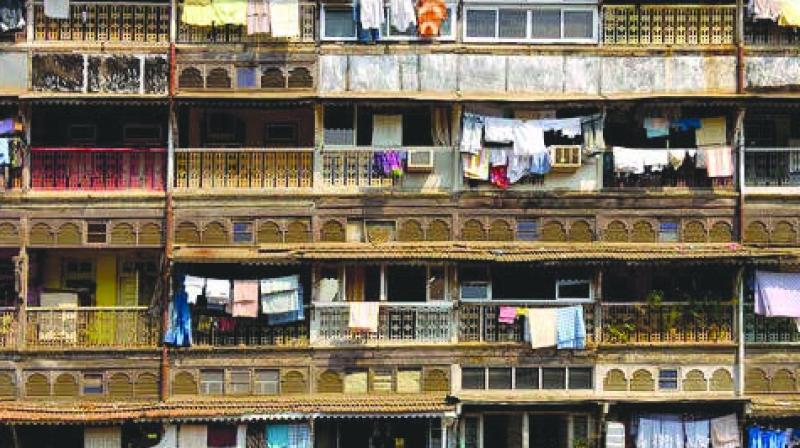 Mumbai: Redevelopment works of the housing societies on collector lands have been hit since a long time. A committee was formed to decide on the norms for conversion and the conversion was approved recently. The appointed committee took two years to come up with recommendations, residen-ts alleged.

“Each monsoon we fear for ceiling collapse since the condition of the building has deteriorated over the years. The structure has been erected on a marshy land; the salt beneath the land corrodes the rods used for building the structure. Redevelopment is necessity for our society,” said Mohini Thackeray, a resident from the Chembur housing society. She further added, “Me and my pregnant daughter ran out our apartment when we saw part of the ceiling coming down one day.”

Approximately, 40 lakh people reside in these housing societies. Under the cooperative movement in between 1950s-1980s, the government had allotted lands to many housing societies. There are five such societies in the city including Sion Koliwada, Wadia Trust Estate (Kur-la), Chembur Colony, Thakkar Bappa Colony (Chembur) and Mulund Colony.

“The buildings have the capability to withst-and five more years but waiting till then can be dangerous. We spend fr-om our own pockets every year to carry out rep-airs temporarily,” said another resident.