Saish had come to Visarjan with his parents and elder sister, who are residents of Palghar. 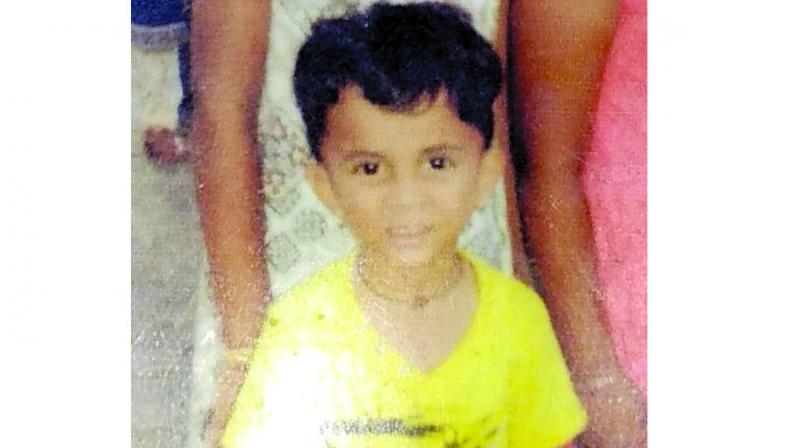 Mumbai: Body of a five-year-old boy identified as Saish Marde, who was missing after the immersion at Lalbaugcha Raja was found at shores near Raj Bhavan on Saturday. The boy went missing on the last day of Visarjan at Lalbaugcha Raja during Ganesh Chaturthi, after overturning of a boat led to drowning of five people. In that the unfortunate incident four people were rescued.

Saish had come to Visarjan with his parents and elder sister, who are residents of Palghar. The family got into the boat that was carrying 20 people on board. The boat collided with another at 7.30 am and capsized. The fire-fighters and lifeguards rescued the Marde family and they were rushed to the Nair hospital. While the family believed that Saish was rescued too, it was only later they got to know that the boy was missing.

The grieving father Jayesh Marde, who is a contract worker in Bhabha Atomic Research Centre at Tarapur, took the body to his residence by the evening. “We have suffered a big loss. We are not in a position to speak anything,” he said.