To eliminate bureaucracy and delays, the minister directed General Managers of railways to spend whatever is necessary on safety. 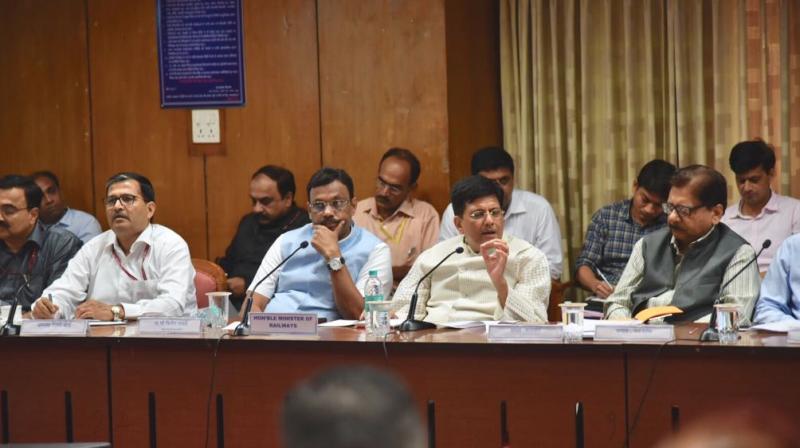 The meeting was held at the Western Railway's headquarters at Churchgate. (Photo: ANI)

The meeting was held at the Western Railway's headquarters at Churchgate.

Overturning a 150-year-old convention Railway Minister Piyush Goyal said that FOBs (Foot Over Bridges) will be deemed mandatory and not a passenger amenity.

To eliminate bureaucracy and delays, the minister directed General Managers of railways to spend whatever is necessary on safety.

The Union minister said, "Additional escalators have been sanctioned at crowded Mumbai suburban stations and thereafter for all high traffic stations."

Goyal also directed relocation of 200 officers from the headquarters as field staff to strengthen ground operations and project implementation.

The minister said that CCTV cameras will be installed in all suburban trains in Mumbai with monitoring mechanism within the next 15 months. Parallel work on installation of cameras will be carried out across India, he added.

To enhance safety and efficiency, 40 yards across India will be upgraded with an investment of Rs 1000 cr including 8 yards in Mumbai region, he added.

Critical decisions are being taken to ensure safety of Mumbai railway passengers. Sharing some decisions from yesterday's meeting. pic.twitter.com/zIfA4ZeUSW

At least 23 people died and several others were injured in the stampede that took place on Friday on a narrow foot-over-bridge (FOB) that connects the Elphinstone Road on the Western Railway to Parel on the Central line.