Around 200 resident doctors were present at the hospital to treat patients. 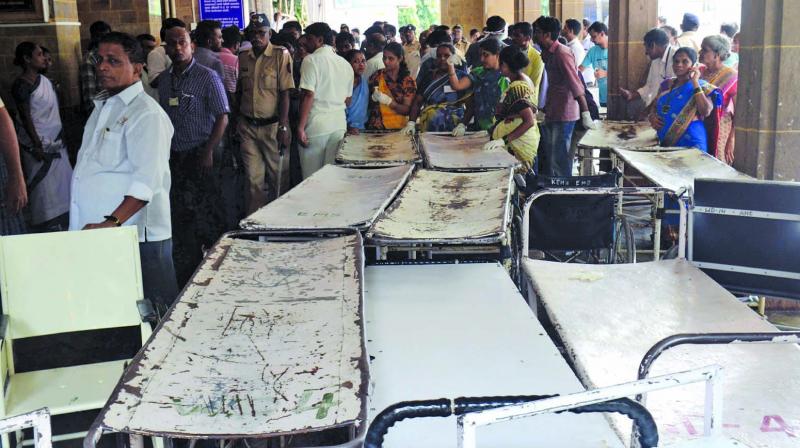 Hospital staffers were at hand to assist patient’s relatives in identifying their family members.

Mumbai: A help desk has been set up at Parel’s civic-run KEM Hospital to help identity those who died in the stampede on Friday.

Nineteen of the 22 deceased have been identified, additional municipal commissioner Idzes Kundan told The Asian Age. “We carried out a detailed verification of documents and ascertained the identity of 19 victims,” he said.

Around 200 resident doctors were present at the hospital to treat patients. While staffers were at hand to assist patient’s relatives in identifying their family members. “A team of doctors are attending to injured persons with 14 ambulances and 200 paramedical staffers while C.T. Scan and X-ray facilities are available,” said Dr. Avinash Supe, dean of the hospital.

Elaborating on the nature of injuries the hospital has seen so far, Dr Supe said, “The severest injuries are chest and head wounds. Minor injuries such as leg fractures were also seen. Critical patients are being treated in the intensive care unit. We have scanned the patients for internal bleeding also. A few of them have internal injuries.”