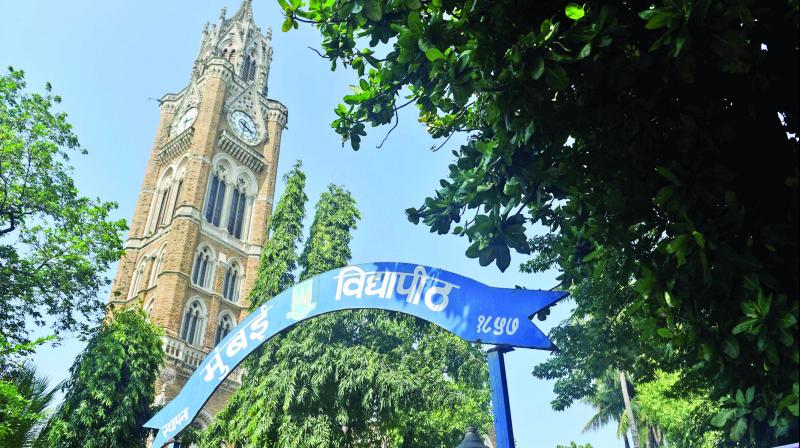 The varsity announced that the company, whose Onscreen Marking System (OSM) was used to assess the final year papers would continue to evaluate the papers for the Winter Examination.

Mumbai: Around 2,500 final year answer sheets were misplaced by the University of Mumbai, out of which still 1,600 are yet to be traced. In a bid to compensate for the lost papers, MU has decided to allot ‘average’ marks, which would be arrived at by factoring in the marks obtained by a student in rest of the assessed papers and internal exams.

Apart from this, the varsity also announced that the company, whose Onscreen Marking System (OSM) was used to assess the final year papers of the examination conducted in the month of April and May, would continue to evaluate the papers for the Winter Examination .

The average marks that the varsity is promising to the 1,600 students would be reportedly based on their marks that they have scored in their rest subjects and internal examination. Students feel it’s very unfair for the varsity to decide so bluntly about their final examination. “We have lost our four months. After four months, they said our results are reserved and put on hold. Now I am hearing that my papers are gone. Gone where? And if gone, find a way like re-exam or finding our papers and not slide the matter by giving us something like average marks,” said Abhishek Gupta, a student.

The Asian Age tried contacting the Controller of Examinations several times to get an idea about the average marks system but there was no response.

When contacted the Pro Vice Chancellor of the MU, Dhiren Patel, he said, “Giving average marks is nothing new and it is mentioned in the rule book of MU so we are doing it accordingly.”

Adding to this, MU even declared that for the evaluation of the Winter Examination answer papers, MeritTrac would be assigned.

MeritTrac is the same company who assessed the answer papers of the final year college students which was around 16 lakhs and delayed their results for more than four months.

When asked the reason, the public relation officer said, “The University has signed a MoU (contract) with MeritTrac for one year and hence we cannot break that by any chance. Hence, for the Winter Examination, they will continue to evaluate the process.”

MeritTrac was finalised by the Vice Chancellor Dr. Sanjay Deshmukh. They had a task to scan, assess and evaluate the answer sheets of the final year students which totalled to around 16 lakh. It was given the responsibility to declare 477 results within 45 days but it took more than 4 months.

Because of technical glitches, less assessors, lack of coordination and planning,
the varsity managed to declare only 30-odd results within 45 days. Eventually, the state governor and Chancellor of MU Ch. Vidyasagar Rao appointed a new VC, Pro VC and the Controller of Examinations and sidelined all the other earlier officials.