It was expected that the monorail would have a ridership of at least 1.5 lakh commuters per day. 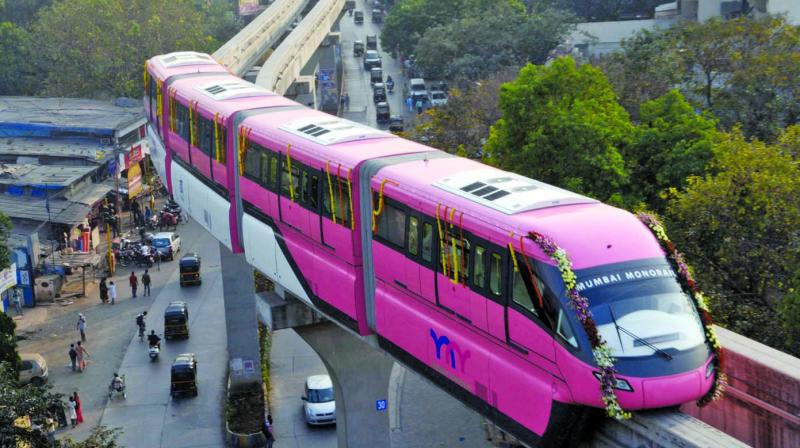 The officials have decided to hike fares once phase two is operational by February 2019.

Mumbai: The MMRDA has decided to increase the rate paid to monorail operators from Rs 4,600 per trip to Rs 10,600 per trip in the wake of the report filed by the one-member committee helmed by Subodh Jain, a former railway official. Current operators - Larsen & Toubro and Scomi Engineering (LTSE) - have demanded Rs 18,000 per trip.

It was expected that the monorail would have a ridership of at least 1.5 lakh commuters per day. Instead, in the three years of its operations, average daily ridership has been a mere 19,000, and the monorail trains incurred losses of nearly Rs 3 lakh per day.

“We have agreed to pay Rs 10,600 per trip as recommended by the committee, the priority to get phase one started. We will increase the fares once phase two (Wadala to Jacob Circle) is operational,” said Sanjay Khandare, additional metropolitan commissioner (AMC), MMRDA.

The report filed by the one-member committee apparently suggested that the quote amount be hiked to Rs 10,600 to make the monorail viable.

Although the trip rate has been increased, the fares will remain the same, confirmed MMRDA. The officials have decided to hike fares once phase two is operational by February 2019.

Meanwhile, in order to avoid any incidents in future, the authority has decided to install high-resolution cameras on both ends of the platforms to check the tyres. Also, smoke detectors will be placed closed to the tyres.