The RPF tracked the accused and the minor girl on platform number 5 of Dadar station. 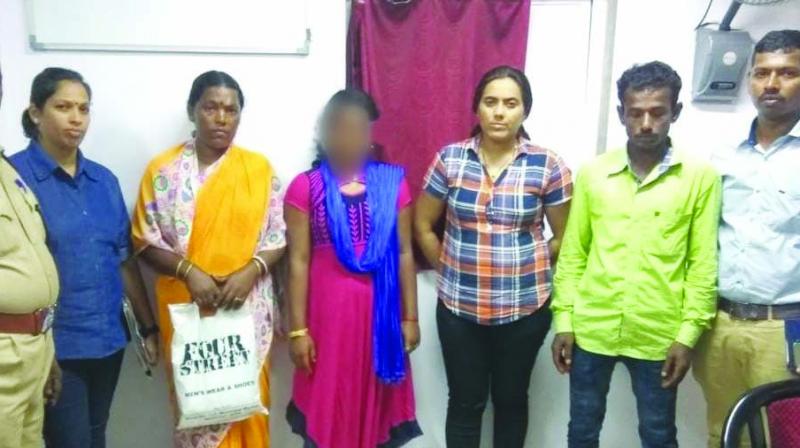 MUMBAI: The Dadar unit of the Railway Protection Force (RPF) helped the Goa police crack a case of kidnapping involving a minor girl. The RPF control room received a message from Goa police, saying that a 16-year-old girl had been kidnapped. The Goa police also shared the location of the girl and the accused saying that they could be at Dadar station Saturday night. The RPF tracked the accused and the minor girl on platform number 5 of Dadar station, after which the girl and the accused were handed over to the Goa police early on Sunday. According to RPF sources, the accused, who is a 40-year-old married man with two kids, allegedly lured the girl, who is his employer’s daughter, promising to marry her.

The Goa police registered a case under section 363 of the Indian Penal Code related to kidnapping. A RPF officer of Dadar station said that the division security control room informed RPF officer in Dadar at 10.45 pm about an accused named Abdul Alim Mia (38) who had kidnapped the minor girl from police station Pernem, north Goa.

An investigation officer of Goa police, who requested anonymity, said, “Abdul had promised to marry the minor girl and eloped with her to Mumbai.” Asked if the girl had been sexually assaulted, he said that the same could be ascertained only after the girl’s medical examination.

“The Goa police informed the RPF the location of the duo at Dadar and accordingly, the RPF team was formed to track the accused and the minor girl,” said RPF officials.