Thereafter, he called her to his place where he gave her a spiked coffee. 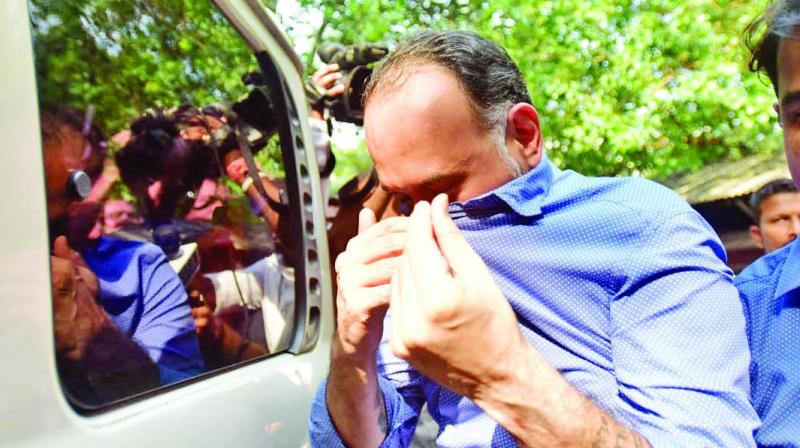 Mumbai: A special women’s court has allowed pre-arrest bail to Amit Gill, brother-in-law of actor Arjun Rampal, in connection with a case of cheating and molestation.

An airhostess had lodged a complaint against Gill, claiming that she paid him Rs 18 lakh as he assured her a three per cent return per month on her investment. Later, he returned part of the investment, but Rs 6 lakh remained to be paid when she demanded her money back. Thereafter, he called her to his place where he gave her a spiked coffee.

Gill has been accused of taking obscene photographs of the airhostess and threatening to upload them on social media if she asked for her Rs 6 lakh again.

The prosecution case is that the complainant is an airhostess with a private airline and got acquainted with Gill through her childhood friend.

The complainant handed over Rs 18 lakh to Gill in the hope of getting a 3 per cent interest every month to facilitate her mother’s expenses. Gill returned Rs 12 lakh to her in June 2016 and in August 2016, called the victim to his residence in Santacruz, where he allegedly gave her cold coffee.

After consuming it, she started feeling drowsy. However, before losing consciousness, she claimed that the accused hugged her and also touched her private parts.

According to the complaint, Gill allegedly told her that he had taken obscene photographs of her and would upload the same on social media if she demanded her Rs 6 lakh.

After hearing the arguments of all parties, the judge in her order said, “Such delay would rule out the possibility of extracting any specific evidence on the point of the intoxicating substance mixed allegedly with the cold coffee of the victim or even the photographs allegedly taken by the accused.”

“Under such circumstances, considering the nature of the accusation and the time lapsed since the alleged incident, the custodial interrogation of the accused would not be essential in this case,” observed the judge while granting anticipatory bail to Gill on a personal bond and surety of Rs 25,000.