Another death in Gokhale bridge collapse

Manoj Mehta (51), a chartered accountant, was declared dead three weeks after he was admitted to privately-run Nanavati Hospital. 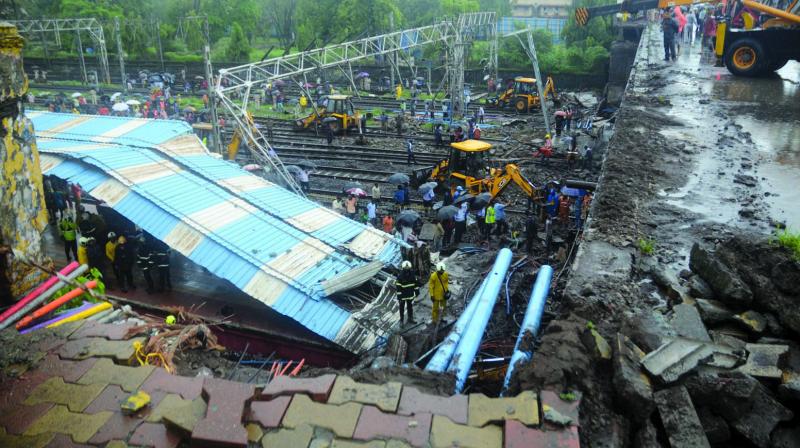 Asmita Katkar, who suffered serious brain injuries during the Andheri bridge collapse passed away on July 7.

Mumbai: One more person, who was injured in the Gokhale bridge collapse on July 3 in Andheri, succumbed to his injuries on Sunday evening.

Manoj Mehta (51), a chartered accountant, was declared dead three weeks after he was admitted to privately-run Nanavati Hospital. He was on a ventilator for the past three weeks. The hospital released a statement saying, “Mr Manoj Mehta, an accident victim of the Andheri bridge collapse, has passed away on Sunday evening due to multiple organ failure. Our condolences are with the family at this hour of grief.” Mr Mehta’s death makes him the second victim in the tragedy. Earlier, Asmita Katkar, who suffered serious brain injuries during the Andheri bridge collapse passed away on July 7. She was 35 and was undergoing treatment at civic-run Copper hospital since July 3.  Excluding these two victims, three other people died in the incident.

On July 3, train services were disrupted after the pedestrian part of Gokhale road overbridge that connects Andheri East to West collapsed on the railway following heavy rains. Six people suffered injuries in the mishap.

The part of the bridge caved in at around 7:30 am and damaged the overhead cables of the railway tracks bringing the trains’ movement on all lines to a halt. On July 9, five days after the collapse of the pedestrian pathway of Andheri’s Gokhale Bridge, the road overbridge (ROB) was opened for vehicular traffic on July 10. The traffic police on Sunday issued an advisory, saying that it was being opened up for northbound light motor vehicles. Heavy vehicles were banned.The lane that handles southbound traffic is still shut, as is the path towards Andheri (West) from Andheri (East). All southbound light motor vehicles are being accommodated on the northbound lane.