The petitioner was only concerned that MMRCL should not cross noise decibel levels. 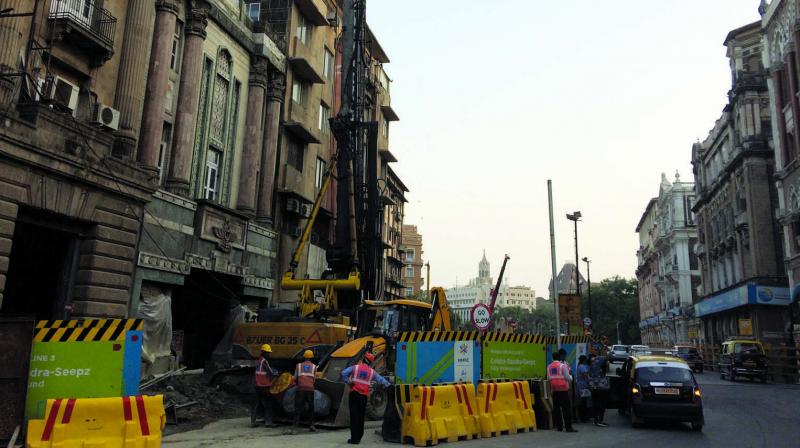 Mumbai: The Bombay HC has asked the state government to frame standards or mechanisms for construction work so as to reduce noise pollution at  metro 3 site near Cuffe Parade.

A division bench of Justices Abhay Oka Riyaz Chagla was hearing a petition filed by the MMRCL, seeking modification of an earlier order which prohibited the firm from carrying out construction at Cuffe Parade in south Mumbai at night.

The court said that it was not concerned about what time construction should be carried out because that was not the scope of the petition. The petitioner was only concerned that MMRCL should not cross noise decibel levels. It was the stand of the state that neither noise pollution rules nor the Environment Protection Act was applicable.

The court then pointed out that article 21 of the constitution, which is related to right to life, has been violated due to noise pollution.

Advocate general Ashutosh Kumbhakoni told the court that the construction of metro was necessary for lakhs of city people and that it was being carried out in the larger public interest so the court needed to consider the same before passing any order. He also said that the noise from construction would not exceed the existing noise pollution in the area.

The court then asked why the state itself did not frame standards to reduce noise pollution. There is no grievances redressal forum such as a phone number or email address where citizens can complain if noise levels are high. The court questioned as to who would control the construction activities of the contractor and pointed out that some safeguards needed to be provided.

“If you (state) will not abide by any noise rules or Environment Protection Act, then bring some standard norms to reduce noise. Some parameters you should frame because once the work begins, it will not stop for the next 18 months,” the bench said.The advocate general said he would file an affidavit in this regard.