Backing the BMC, Mr Shah said keeping beaches clean is not the only responsibility of the civic body. 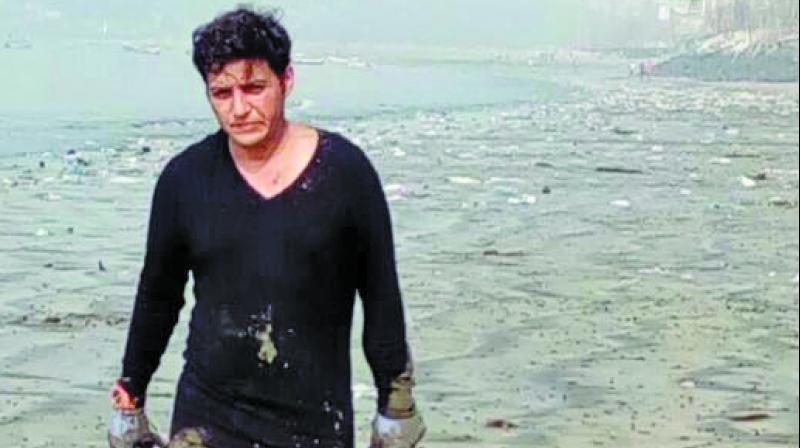 Afroz Shah said citizens too should pitch in to clean up the beaches of the city.

Mumbai: Afroz Shah, a Bombay high court lawyer, who was praised by Prime Minister Narendra Modi in the radio programme ‘Mann ki Baat’ on Sunday for cleaning up Versova beach in north-west Mumbai, said keeping beaches clean is the duty of all citizens and not only the Brihanmumbai Municipal Corporation (BMC). Mr Shah also said that the BMC is doing what it can do to keep the beaches clean, but it is not enough.

Mr Shah said, “Twice a day, high tides bring fresh garbage to all the beaches and the citizens should chip in to clean them up.” Mr Shah also thanked Prime Minister Modi for recognising his work. The Versova beach was earlier reckoned as the dirtiest beach in the city. Mr Shah recently tied up with the United Nations Environment Programme (UNEP) and wants to clean the 19 beaches of Mumbai. He hopes that one day the whole coast of India will be plastic-free.

Mr Shah said, “I thank PM Modi for his kind words. Henceforth, they will encourage me and the volunteers to do more work.” He added, “The presence of plastic in the sea water has increased and is adding to the menace of water pollution on the global level.

“Cleaning beaches is a continuous process. It takes time; we have been cleaning the Versova beach for 86 weeks,” he said. He also added, “Every Saturday and Sunday, our volunteers used to gather at Versova beach. We disposed of 5.5 million tonnes of garbage.”

Backing the BMC, Mr Shah said keeping beaches clean is not the only responsibility of the civic body. “People are throwing garbage in the ocean, and why should we blame the BMC? The ocean also brings fresh garbage twice a day to the beaches and therefore collecting garbage one-time is not sufficient,” he said.

Despite several attempts, The Asian Age was not able to reach Vijay Balamwar, deputy municipal commissioner of solid waste management department, for comments on why non-governmental organizations (NGO) need to pitch in for cleaning up the city’s beaches.