The woman who was denied entry inside the temple has been identified as Ms Nirmala Vaidya (28). 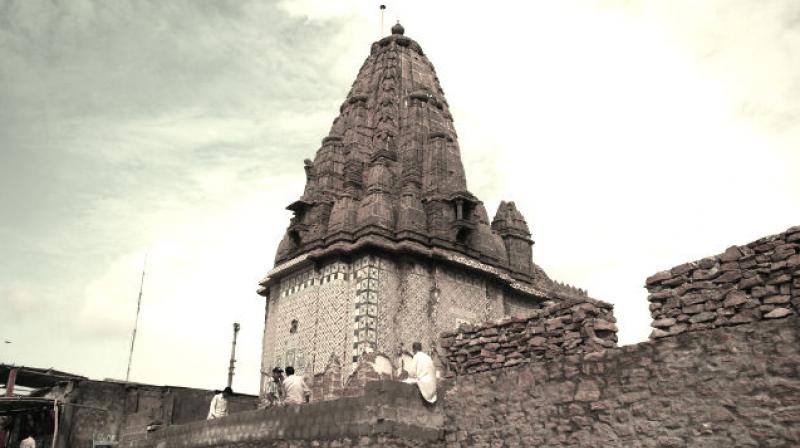 ‘Descendent’ of shrine’s builders barred her as the woman is married to a once widower. (Representational image)

Nashik: A former Mumbai dabbawala, Kisan Karbhari Vaidya, has disallowed a woman from entering a temple in the village of Sugaon-Khurd in Ahmednagar’s Akole tehsil. Mr Kisan Vaidya’s contention is that the woman is the wife of a widower, and as his (Kisan Vaidya’s) forefathers built the temple, he has the right to decide who is allowed to enter it.

The woman who was denied entry inside the temple has been identified as Ms Nirmala Vaidya (28).

Ms Vaidya’s husband, Mahesh Vaidya (32), who also happens to be sarpanch of Sugaon-Khurd said that his wife was insulted during aarti. “Last year too she was physically removed from the Kashai Mata Kulswamini Mandir by Kisan Vaidya (80). He is a foul-mouthed, grumpy old man who resorts to force. Villagers  don’t argue with him,” he claimed.

Despite repeated attempts, Mr Kisan Vaidya was unavailable for comment.

Human rights lawyer Ranjana Pagar-Gawande, a leader of the rationalist organisation Andhashraddha Nirmoolan Samiti, said the group was following the case. “I spoke to Mr Kisan Vaidya and he wishes to resolve the case at the village level. That is good, but the issue involves the rights given by the Constitution of India and various laws. If the woman is not allowed to enter the temple, we will fight it out in courts,” Ms Pagar-Gawande asserted.

Gender equality activist Trupti Desai, founder of the Bhumata Brigade, said she would soon go to the village, meet the woman and enter the temple with her. “We’ll see who dares to stop a woman from entering a temple, because she is a female,” Ms Desai declared.

Earlier, a case was registered but Mr Vaidya insisted that as the village panchayat had summoned a meeting on May 1, the issue could be resolved at that level. Mr Mahesh Vaidya had married Nirmala in 2007 after his first wife died, leaving behind a newborn daughter. The temple, located 4 kilometre from Akole, was built 40 years ago from the contributions by villagers and philanthropists. As Kisan Vaidya was working in Mumbai, he donated a sizeable amount for the temple, sources said.