Matondkar said that she will not use her ‘Mumbaikar’ or ‘Marathi’ card in the campaign. 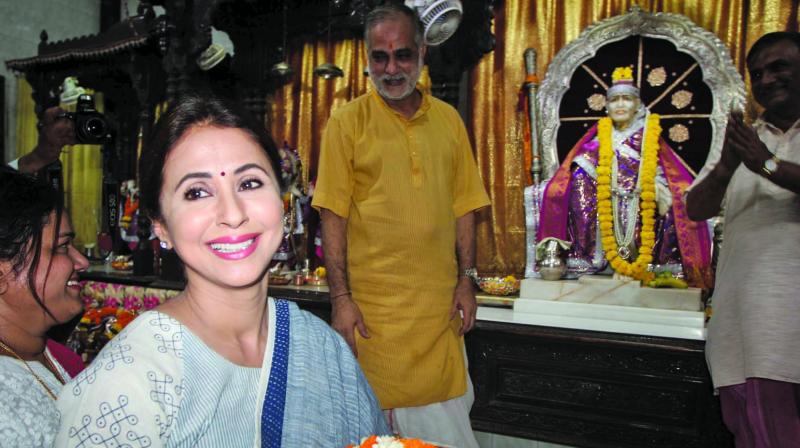 Mumbai: Soon after the Congress declared her name as its candidate from the Mumbai north Lok Sabha (LS) constituency, a sari-clad Urmila Matondkar began her election campaign. She is pitted against BJP MP Gopal Shetty, who defeated former Mumbai Congress president Sanjay Nirupam by over four lakh votes.

Ms Matondkar said that she will not use her ‘Mumbaikar’ or ‘Marathi’ card in the campaign. The Congress was not getting a candidate for the seat. Mr Nirupam, who had represented the seat in the 15th Lok Sabha and lost in 2014, didn't want to contest it this time.

Three days ago, Ms Matondkar joined the Congress. On Friday, she gave a speech at Borivali in her constituency north Mumbai. The new Congress leader first went to the Sai temple in Borivali and later went to the Gurudwara to seek blessings. At noon, she went to the Borivali office of party leader and office bearer Bhushan Patil, general secretary of Mumbai Congress.

Addressing party workers and office bearers at Borivali, she said that whatever she did, she would do from her heart. However, she also said that she was a Mumbaikar and would remain a Mumbaikar, and did not need to give proof of the same to anyone.

Asked about her choice of Khadi saree and whether she was following former PM Indira Gandhi, Matondkar said that things would not work simply by wearing clothes like Ms Gandhi. Her ideas and principles needed to be followed.

The north Mumbai Con-gress candidate said, “If you’re being questioned about supporting a ‘film star’, let them know that the only star in a democracy is the common man. Unlike the BJP, the Con-gress party will not resort to politics of hatred but will win people with love.”

Ms Matondkar questioned why she was being asked about her religion and said she wanted to politics above this.