It is part of a beautification drive to replace old signboards. 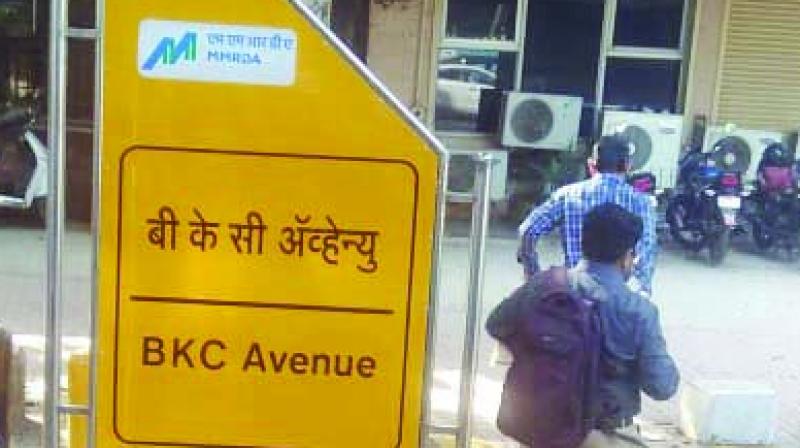 It is part of a beautification drive to replace old signboards. The signboards display the new MMRDA logo.

To help travellers and visitors find their way, these new signage boards will do a branding of MMRDA.

MMRDA has begun the work of putting new signage boards in the BKC area.

New signage boards can easily be seen at some part of BKC.

At present, we are not putting signage boards at Western Express Highway,” said an official from MMRDA.

The officer added that the expected cost of the work is nearly `90 lakh for the Western Express Highway. Almost the same amount will be spent for BKC.

The signage replacement work was under discussion since the MMRDA decided to change the signage boards.

The big shock for the MMRDA authority was when the signage boards on the Western and Eastern express highways were stolen by unidentified persons and found missing. MMRDA could not capture the thieves.