Police are investigating whether provocative speeches were made at the conclave held on December 31, 2017. 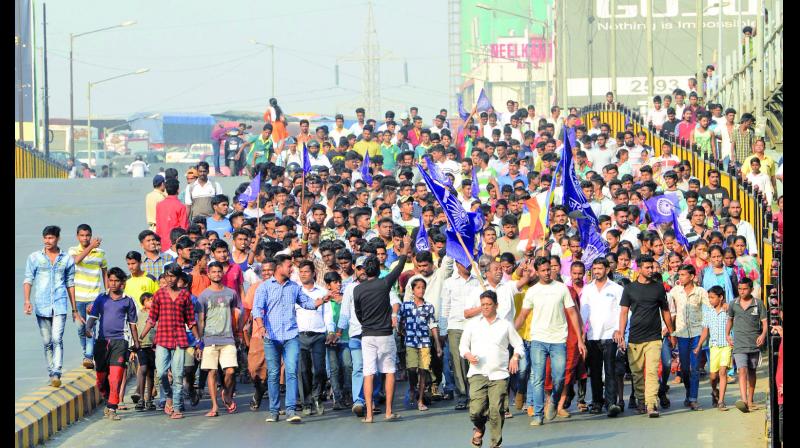 Mumbai: The ruling Shiv Sena has accused the Centre of interfering in the state’s affairs in the Bhima-Koregaon case. It will invite instability in the state, said the party.

“India is a union of states. Every state has its own rights and pride. The Centre forcing its way is inviting instability,” the Shiv Sena said in an editorial in its mouthpiece ‘Saamana’ on Wednesday.

Sena’s reaction comes in the wake of Centre’s decision to transfer the Bhima-Koregaon case to the National Investigation Agency (NIA), which has taken over the probe from the Pune police. The decision has not gone down well with the Uddhav Thackeray-led Maha Vikas Aghadi (MVA) in the state.

Attacking the Centre for handing over the probe into the sensitive Bhima-Koregaon case to the NIA, the Shiv Sena invoked federalism in the country and accused the Modi government of ‘interfering’ in the affairs of Maharashtra.

Terming the move as ‘shocking and suspicious, the party said, “Given the way the Centre handed over the probe to the NIA, did it not want the truth to come out?”

It also accused the Centre of doing ‘vengeful politics’ and questioned its ‘selective’ approach towards Maharashtra, a state ruled by Opposition parties.

“The NIA has intervened in Maharashtra, but several such incidents are taking place in the states being ruled by the BJP. Why the Centre didn’t interfere there? This doesn’t augur well...” it stated.

The Sena said it was told by the previous BJP-led government in the state that the Elgar Parishad-Koregaon Bhima episode was a ‘political and national conspiracy’, and that there was a ‘secret plot’ to bring down the ‘national power’ and harm Prime Minister Narendra Modi and then chief minister Devendra Fadnavis.

“The previous government had cited unnamed letters and e-mails as the evidence to drive home its point of conspiracy theory in the case. However, people have not yet understood exactly what was the conspiracy to bring down the power of the country,” it stated. The Sena further said the Centre turned restless after NCP chief Sharad Pawar called for reviewing the investigation into the case.

Police are investigating whether provocative speeches were made at the conclave held on December 31, 2017 which allegedly led to caste violence around Koregaon Bhima village in Pune district the next day. Police had first used the term ‘urban naxals’ during the investigation after arresting nine activists and lawyers, including Telugu poet Varavara Rao and Sudha Bharadwaj.