Bombay HC grants Kochhar liberty to appeal against IT order

The IT opposed the said contention and argued that ample opportunity had been given to the petitioner. 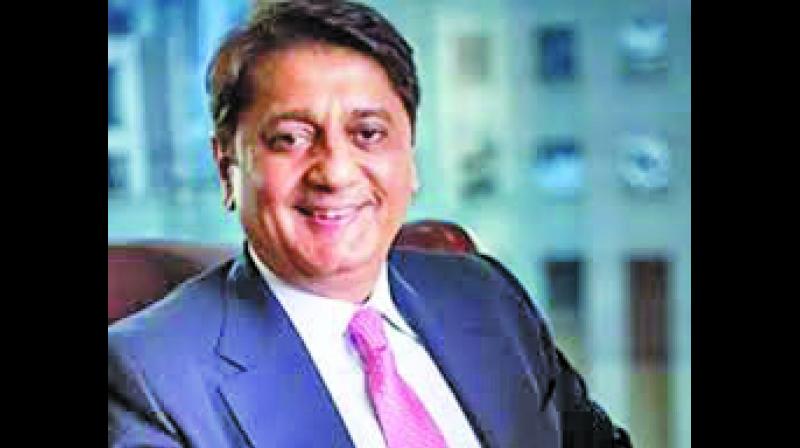 Mumbai: The Bombay high court has granted relief to ex-ICICI Bank CEO Chanda Kochhar’s husband, Deepak Kochhar. The court granted him liberty to appeal against an income tax (IT) assessment order that was challenged by him before the first appellate authority.

The court also allowed Deepak to file an application for staying the IT assessment order before the first appellate authority. To enable him to avail this statutory remedy, the high court has kept the challenged assessment order in abeyance.

A division bench of Justices Ujjal Bhuyan and Milind N. Jadhav passed the order on a plea by Deepak, who had challenged and assailed the legality and validity of the assessment order issued on December 28, 2019. The assessment order in question, passed under section 143(3) of the Income Tax Act, 1961, pertains to the assessment year 2012-13.

It was submitted by Deepak that a sum of nearly `394.46 crore was added to his income as benefit received on account of receipt of share premium by way of getting control and management of NuPo-wer Renewables Pvt. Ltd.

Deepak’s counsel Jehan-gir D. Mistry argued before the court that this addition was made without any notice to the petitioner and without hearing the petitioner. It was further argued that the addition was devoid of any deliberation by the assessing officer.

Advocate Sham Walve, who appeared for the IT department, argued that Deepak might be asked to approach the alternate, statutory forum. In response, advocate Mistry argued for Deepak that when there was absolute violation of the principles of natural justice, the question of availing the alternative remedy would not arise. He also submitted that Deepak was not shying away from contesting this addition and would file an appeal as per the law.

The IT opposed the said contention and argued that ample opportunity had been given to the petitioner. So, he should not say that there was violation of the principles of natural justice. After perusing the submissions, the bench finally decided to grant Deepak the liberty to file an appeal and an application for stay against the assessment order.