Mr Malik alleged that Mr Rawal was part of the land mafia in Dhule district and purchased land from farmers at meagre prices. 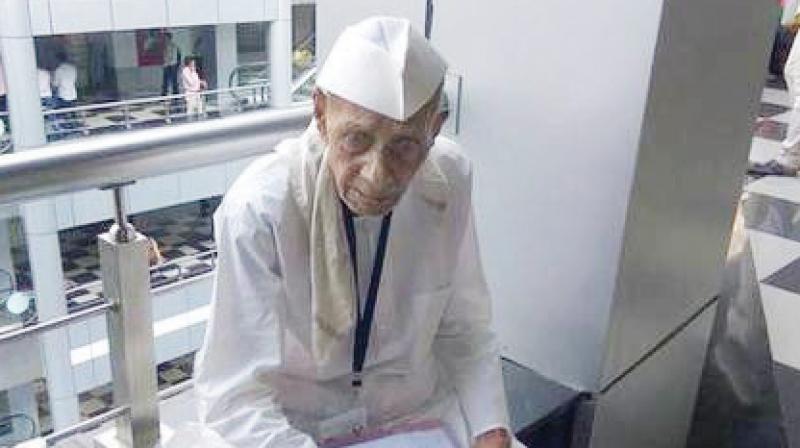 Mumbai: After farmer Dharma Patil consumed poison and died Sunday night at Mantralaya, the opposition on Monday attacked the state government saying that it should be booked for culpable homicide. Mr Patil took the extreme step as he did not get the desired compensation for his land. NCP spokesperson Nawab Malik alleged that BJP minister Jaikumar Rawal purchased land with meagre compensation when the government started land acquisition. During the acquisition process, land deals are not allowed. While Shiv Sena spokesperson Neelam Gorhe held the Congress-NCP government responsible as compensation was given during their tenure.

State Congress chief Ashok Chavan on Monday said, “The government is solely responsible for Mr Patil’s death. It should be booked under section 302 (murder) of the Indian Penal Code. Mr Patil could have got justice if the state had intervened immediately. It shows how we value our people. The government has no control over the administration.”

Mr Malik alleged that Mr Rawal was part of the land mafia in Dhule district and purchased land from farmers at meagre prices. “Mr Rawal sought huge compensation from the government for the purchased land. The land deal was done after 2009 when purchase was prevented as per the law. He purchased land on his name and the other name being J.K. Medical Services. Mr Rawal should be arrested for that,” he said.

Meanwhile, BJP ally, Shiv Sena, issued conflicting statements on the issue. While its senior leader and Rajya Sabha member Sanjay Raut said that the “Government should be booked for culpable homicide”, party spokesperson Neelam Gorhe said that “Ninety per cent of the blame falls on the previous Congress-NCP government and ten per cent on the current government.”