Civic schools told to get fire safety gear before February 15

Sports teachers and officers from the civic fire deparment have been directed to train teachers and students. 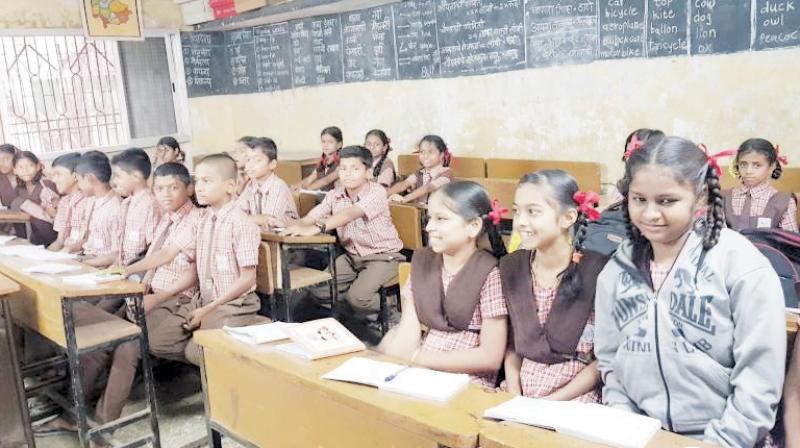 The civic body has initiated fire-security training in its 1,500 civic schools.

Mumbai: After hearing complaints from corporators, Brihanmumbai Municipal Corporation (BMC) education committee chairperson, Shubhada Gudekar, has directed education officers to replace old equipment with new in all schools before February 15. In a survey conducted by corporators to keep check on fire-safety arrangement in some BMC-run schools, fire extinguishers were allegedly found past their expiry dates. The corporators raised the issue, including that other fire safety equipment such as fire alarms were allegedly not working properly in several such schools. With this, the civic body has initiated fire-security training in its 1,500 civic schools after 14 lives were lost in the December 29 fire incident at Kamala Mills compound last year.

Sports teachers and officers from the civic fire deparment have been directed to train teachers and students. Ms Gudekar said, “They should be trained in such a manner that within a span of five minutes of the mishap occurring, they should be able to vacate the school or campus. We have asked fire department officials to conduct mock drills in each school to let students and staff get practical experience about what needs to be done in an emergency situation.” She said that the training will also be imparted to non-teaching staff including school peons and watchmen along with teachers and students.

This decision was taken after the Kamala Mill tragedy. Ms Gudekar said, “Immediately after the disaster occurred, we conducted a meeting with education officers and principals of schools to talk about the precautions to be taken in schools for our students."

The students will be given fire safety education and how to prepare physically and mentally when a fire breaks out. Till February 15, all BMC schools are supposed to install fire safety equipment including fire extinguishers; intrusion alarms on doors, windows, ventilator openings; fire sprinklers etc. The committee has asked all BMC schools to conduct a  safety audits.