Bhiwandi-Shilphata carriageway to be widened to six lanes

“Around 25 shops will have to be demolished for the widening project. Compensatory issues for the same is pending to be cleared,” added Mr Dhote. 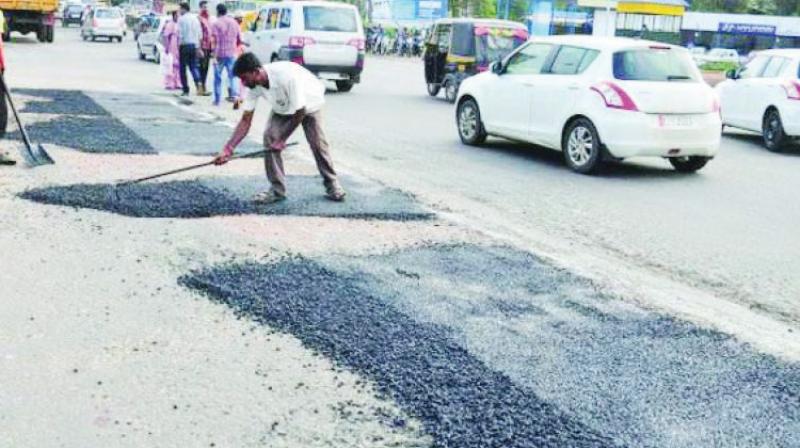 The work is expected to start in the month of February.

Mumbai: The Bhiwandi-Shilphata carriageway is going to be widened under Maharashtra State and Road Development Corporation’s (MSRDC) upcoming project. The corridor has four lanes, which will be extended to six lanes to decongest the existing traffic. A total of 64,000 PCU (Passenger Car Units) ply on this carriageway regularly. The authority has already granted contract of `195 crore for this project, the work will start in the month of February.

“The existing route starts from Bhiwandi till Shilphata passing through Kalyan and has four lanes, the carriageway is inadequate for the number of vehicles passing through the route. This route will be widened to six lanes, and the contract for the same has been handed over to Jharkand based contractor-RamKrupal Singh,” said S.D. Dhote, Chief Engineer, MSRDC. He further added that the deadline for project is in 2.5 years and the letter of allotment will be given to the contractor in next 15 days. Thus, by 2020, commuters may face a less harrowing time for the cargo trucks that travel from JNPT on this route. The widening demands elimination of shops, which are in the way presently. “Around 25 shops will have to be demolished for the widening project. Compensatory issues for the same is pending to be cleared,” added Mr Dhote.

The state’s infrastructure committee had approved the project in the year 2015 and a consultant was appointed to study the feasibility of the project in 2016.