This museum would be symbolic of a rapidly emerging and sensitive Air India,” Mr. Lohani told The Asian Age. 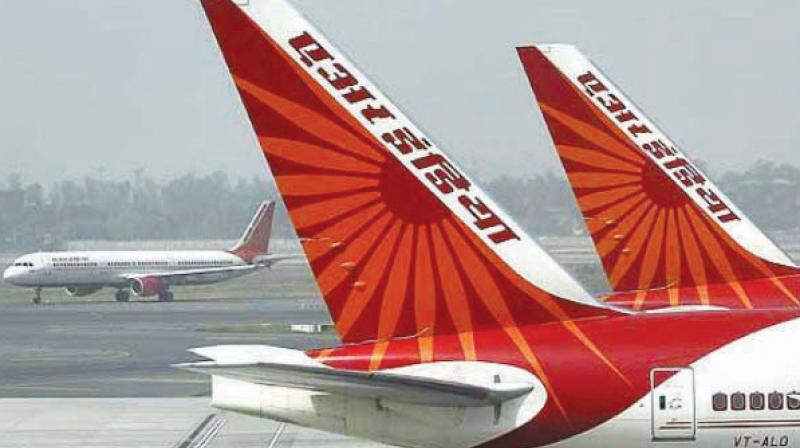 The museum will display around 200 paintings and artefacts initially, adding more subsequently.

Mumbai: The national carrier Air India (AI) will unleash their first museum displaying art and artefacts in their possession to be located in the Air India's building in Mumbai on Independence Day this year. According to top officials, a team of seven core members and two other departmental teams are working together to launch the museum displaying art collection from last six decades in the form of paintings and artefacts. Officials said that the chairman and managing director (CMD) of the airline has asked the team to organise a curtain raiser for the museum by first week of August.

The museum will display around two hundred paintings and artefacts initially, adding more from their collection subsequently. The art objects range from ancient to modern, large to small and in various forms such as metal, canvas, textiles, stone sculptures, carved wood etc. All systems are being put in place particularly the storage system with modern amenities like dehumidifiers, security etc. According to sources, this has been done keeping in mind the worth and value of the objects in the collection.

This museum, a pet project of the AI’s CMD Ashwani Lohani, will include ancient paintings of artists such as M.F. Hussain, wooden gates of ancient temples, stone sculptures of 10-12th century, textiles, bronzes.

The airline will also come up with an open-air restaurant for the visitors. CCTVs, along with a security system, is being worked upon for securing the valuables. An official explained that the airline would have a separate X-ray system; motion censors, alarm system etc. will be placed once the museum is set up. The official said, “Apart from ancient paintings by renowned painters, we will have the famous Pichwai paintings from Nathdwara in Rajasthan. Apart from it being ancient, the paintings are in massive canvas which aren’t available anywhere in the world anymore.”

“Air India museum of art and culture would showcase one of the finest art collections of the country. The restoration and showcasing of this collection is indicative of the sensitivity of the national carrier towards the cultural wealth of the nation. This collection that has been collected over decades would be displayed in the museum likely to be inaugurated on August 15, 2017. This museum would be symbolic of a rapidly emerging and sensitive Air India,” Mr. Lohani told The Asian Age.