By contrast, the BJP was trying to strip the citizens of the rights conferred upon them by the Constitution. 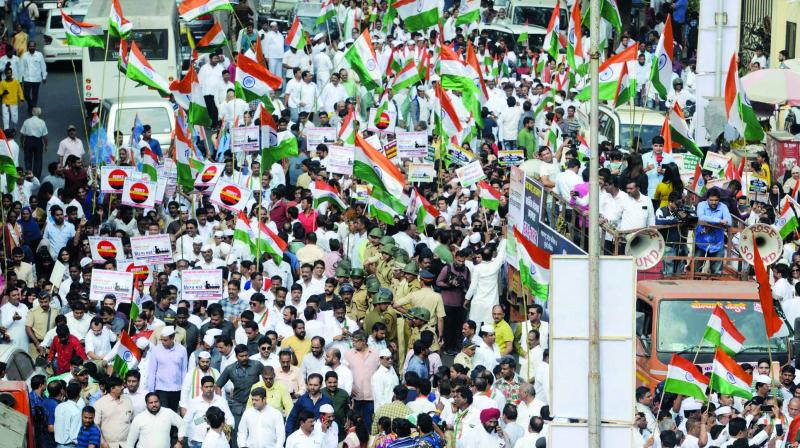 Mumbai: Senior Congress leader Mallikarjun Kharge Saturday slammed Prime Minister Narendra Modi and Union home minister Amit Shah over the Citizenship Amendment Act (CAA) and the proposed National Register of Citizens (NRC). Claiming that both were the chieftains of liars, Mr Kharge said that the duo was misleading the country.

Addressing all those gathered, Mr Kharge said that the BJP leaders had promised Rs 15 lakh to each person’s account and employment to two crore youths every year, but had failed in fulfilling any of the promises.

Hoisting the national flag in the same Gokuldas Tejpal hall where the Congress was founded, Mr Kharge recalled that the Congress party was founded in Mumbai, the Quit India movement was started in 1942 in Mumbai, and after a lot of struggle the country got independence.

Maharashtra Congress president and revenue minister Balasaheb Thorat said that since the day the Congress party was formed, it had always worked for everyone without bearing in mind the distinctions of religion, caste or region.

By contrast, the BJP was trying to strip the citizens of the rights conferred upon them by the Constitution. However, the Congress would not allow them to be successful. In order to free the country from Mr Modi and Mr Shah's dictatorship, the Congress had launched this new freedom struggle, Mr Thorat claimed.