Shyam Sahu also expressed his desire to work for the nation and Hindu organisations till his last breath. 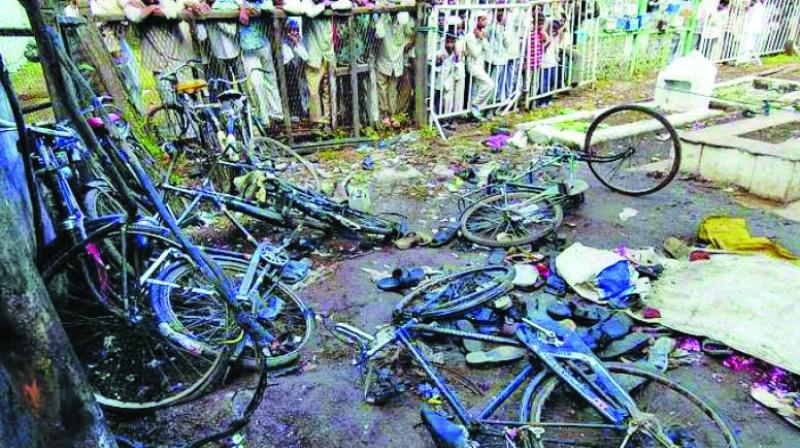 Mumbai: Shyam Sahu, who was discharged in the 2008 Malegaon blast case on Wednesday, told The Asian Age that the Maharashtra ATS had “falsely implicated” him even though there was no evidence against him. He further alleged that the ATS had targeted top activists of Hindu organisations to prove the blasts to be an act of saffron terrorism. Mr Sahu, along with Shivnarayan Kalsangra and Pravin Takalki, were cleared off all charges in the blast by a special NIA Court on Wednesday. “It took 10 years but justice had been done and the terror taint on us is now gone,” Kalsangra told this paper.

Mr Sahu also expressed his desire to work for the nation and Hindu organisations till his last breath. “I have never been attached to any anti-national movement and yet I was implicated in the 2008 blast case. I have carried the stigma on my head for 10 years and finally, justice has been done.“Terrorism has no colour,” it is just terrorism, he said.

Shivnaryan Kalsangra who was arrested for the offence of carrying Paragon timer said, “Investigation Agencies invoked the MCOCA unnecessarily on the case, after which arguments and appeals were filed till the level of the Supreme Court to cause delays. With the charged being dropped, now I can live my life peacefully.”

Both Sahu and Kalsangra returned to Indore after their discharge from the case on Wednesday.