Harbour line to be blocked again

The Harbour line saw more than 100 cancellations on Wednesday and Thursday, and a delay of 10 to 15 minutes was seen throughout the day. 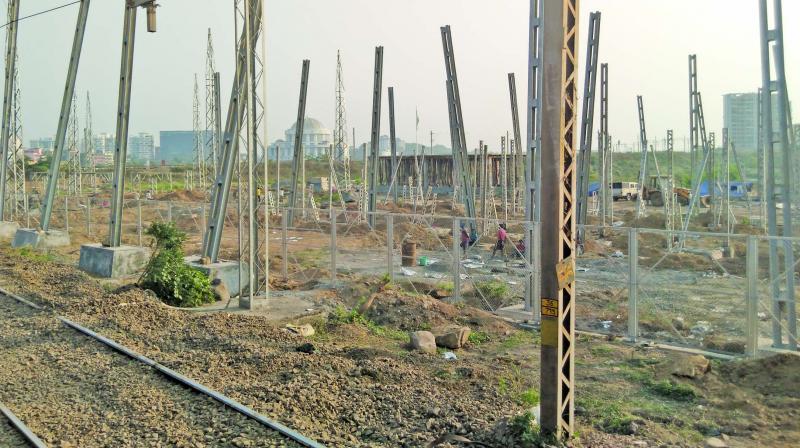 Ongoing work on the line.

Mumbai: The Central Railway (CR) continued to extend its already-extended emergency block, which began last Friday, to 7 am on Friday morning, instead of 2 am as earlier announced.According to officials, the fresh extension is because CR has yet to complete the work related to the Seawoods-Uran line.

It will now make it the seventh day in-a-row that the Harbour line will be seeing delays, following the CR’s emergency 48-hour block on Tuesday as work had not been completed despite a 13-hour block on Christmas day.

The entire stretch between Panvel to CSMT has seen signalling, electrical and construction related issues. In a press release on Thursday evening, the CR made the announcement about extending the block. “Harbour line services to Panvel from Chhatrapati Shivaji Maharaj Terminus from 4.32 am to 6.08 am will remain cancelled.” It further stated, “Transharbour line services to Panvel leaving Thane from 5.12 am to 7.04 am will remain cancelled.”

The Harbour line saw more than 100 cancellations on Wednesday and Thursday, and a delay of 10 to 15 minutes was seen throughout the day.

The commuters ordeal begun on December 22 when CR announced that all Belapur originating trains would be cancelled until December 24, after which a 13-hour extension was taken from 2 am to 3pm, which too proved insufficient and lines were opened by 5 pm for the public.

The Central Railway (CR) had messed up the synchronisation of the overhead equipment mast and the tracks while working on the Seawoods-Uran line, said sources. The synchronisation had not been completed until Thursday evening.

The emergency extra five-hour block has been called for after the officials felt that the work will not be completed with the deadline of the previous deadline. An official said, “On December 25, when the line was restarted by 5 pm the work had not been completed but the CR was under tremendous pressure to start the line by hook or crook.” This, said sources led to a rushed job.

The official further said, “We had no choice but to start the train at 5 pm on Christmas as we had already taken more time then we had asked for.” The block should have ended at 3 pm.

The CR hopes that the work will be completed by 6 am on Friday, said sources.